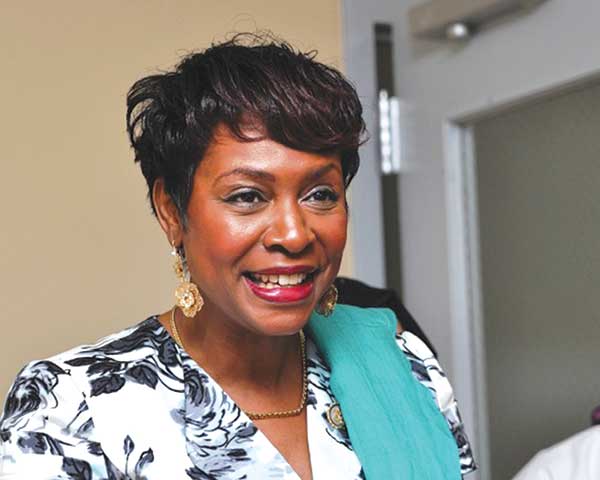 The 17 members of the United States House of Representatives including Gregory Meeks, Charles Rangel and Hakeem Jeffries, have sent a letter to Obama, noting that Garvey, who was born in St. Ann’s Bay, Jamaica, had “inspired generations of leaders, from the Rev. Dr. Martin Luther King, Jr., to President Nelson Mandela.

“His efforts to organize the African Diaspora across nations in support of freedom and self-determination were critical to the movements for independence in Africa and the Caribbean and to the CivilRights Movement here in the United States,” the letter states.

It noted that when Garvey formed the Universal Negro Improvement Association and African Communities League, most of the nations of the Caribbean were colonies of the British Empire, adding that African Americans in the United States – nearly 40 United States.” years after the end of the Civil War – were “effectively denied their human rights.

“Marcus Garvey offered to his people a different vision for the future; and, even as we continue to work toward his dream, he would have been proud to witness our achievements,” the letter states.

Despite that legacy, the Members of Congress lamented that Garvey “has never been fully exonerated from racially-motivated charges of mail fraud.

“Recognizing that prosecutors and the government mishandled the case, President Calvin Coolidge commuted the sentence at the earliest possible opportunity,” the letter added.

“We believe that Marcus Garvey meets the criteria for a posthumous pardon, based on his efforts to secure the rights of people of African descent and the utter lack of merit to the charges on which he was convicted,” it stated.

The congressional representatives urged Obama to work with the US Department of Justice “to secure a pardon for this man of accomplishment and high distinction”.

The congressional representatives’ call comes on the heels of a similar one last month by Vice Chancellor of the University of the West Indies (UWI), Professor Sir Hilary Beckles, who had joined the global call on Obama to grant a posthumous pardon to Garvey for his 1923 mail fraud conviction in the US.

“Marcus Garvey was the victim of trumped up charges orchestrated by the late J. Edgar Hoover, the famously anti-black director of the US’s Federal Bureau of Investigation (FBI),” said Sir Hilary, in a statement, calling on Obama, “himself the victim of racist campaigns to de-legitimize his presidency, to exonerate Garvey before he leaves office.

“It is the right and proper thing to do,” Sir Hilary said, adding that “UWI’s mission and mandate are manifestations of Garvey’s struggles for quality education for the masses of Caribbean peoples, for self-respect, self-determination and cultural awareness in our region.”

A global petition campaign demanding that Garvey’s US federal record be expunged has generated tens of thousands of signatures.

The campaign is supported, among others, by the Jamaica Government, the Caribbean Reparations Commission, the New York-based Institute of the Black World 21stCentury and by members of the Congressional Black Caucus in the US House of Representatives.

A letter circulated by the Jamaica Embassy in the US in September noted to members of the Caribbean Diaspora that “there have been several efforts over the years” seeking Garvey’s exoneration.

The letter states that the petition is “currently also being led by the Garvey family, spearheaded by New York surgeon Dr. Julius Garvey, son of the late National Hero, aimed at securing 100,000 signatures.

“It will complement efforts also being taken by political and community leaders, CARICOM (Caribbean Community) Diplomatic Missions in Washington, D.C. and other community activists, etc., for exoneration by President Obama before he demits office,” the letter added.

In August, a number of Caribbean organizations in the US joined the campaign to exonerate Garvey.