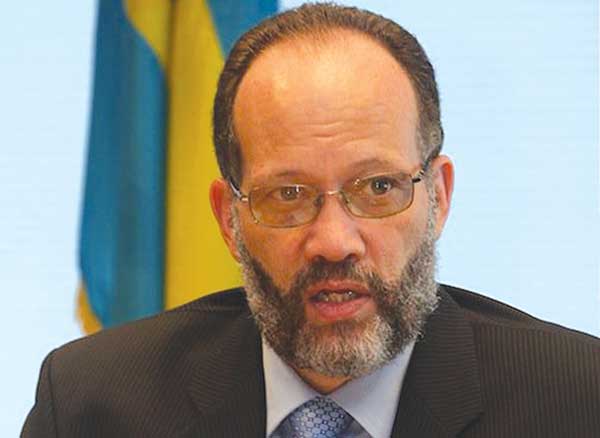 GEORGETOWN, Guyana, Dec. 1, CMC – Secretary General of the Caribbean Community (CARICOM), Irwin LaRocque has called on the international donor community to support the Caribbean’s response to HIV/AIDS in light of an increase in new cases across the region.

In his message on Thursday to mark World AIDS Day 2016, LaRocque said the Caribbean continues to see increased numbers of persons being placed on treatment.

“It is a matter of urgency that we fill remaining gaps in funding to assist in ending the AIDS epidemic in the Region as we seek to achieve the UNAIDS goal of ending AIDS by 2030,” LaRocque said.

The 2015 UNAIDS Prevention report, highlights an increase in new infections in the Caribbean – 52 percent in 2016 compared to less than 5 percent in 2001.

“This is cause for concern given that the 2014 UNAIDS Global AIDS Report lauded the Caribbean for achieving the sharpest regional reduction in HIV incidence by 49 percent,” the CARICOM Secretary General said.

“This calls for increased focus to be placed on combination prevention of HIV. We are all aware that external donor funding to support both our regional and national response to HIV continues to decrease amid the call for greater emphasis on ‘test and treat’, in accordance with the WHO 2015 Treatment Guidelines which states that people who are diagnosed HIV positive should be placed on treatment early. Evidence shows that the earlier people living with HIV start antiretroviral treatment, they have better health outcomes.”

The Secretary General has urged health officials in the region to intensify efforts to increase national HIV investment and prioritise policies and activities aimed at HIV prevention in the years ahead.

Meanwhile, Derek Springer, Director of the Pan Caribbean Partnership against HIV and AIDS (PANCAP) Coordinating Unit at the CARICOM Secretariat has urged regional governments to advocate for renewed emphasis on HIV prevention education among young people as the world commemorates World AIDS Day 2016.

In his message on World AIDS day, Springer said under the theme “Hands up for #HIV prevention”, “a new generation of young people are growing up without the education, knowledge and tools to protect themselves”.

“Let us be cognizant of the vulnerabilities that people continue to face and which put them at risk to contracting HIV. There is an urgent need to collaborate with all sectors including human services, social protection and education to address the underlying causes of vulnerability and risk: poverty, inequality and social exclusion.”

Springer says the theme for World AIDS Day, “calls attention to the crucial need for us to refocus our efforts on combination prevention that includes treatment, behaviour change communication, access to condoms and provision of social protection to address individuals’ vulnerability.”

He added that in spite of the many successes of PANCAP, stigma and discrimination continue to serve as barriers to individuals’ access to much needed prevention services.