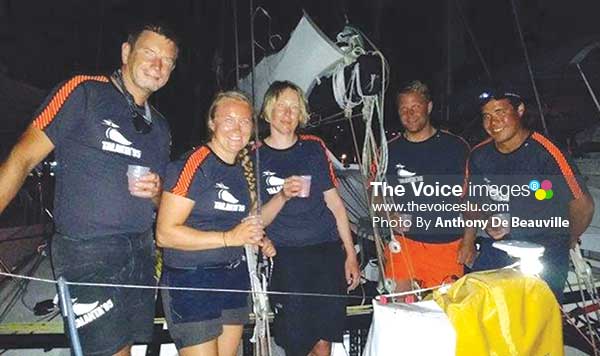 THE curtain came down on the 31st edition of the Atlantic Rally for Cruisers (ARC) at the Beausejour Indoor Facility on Saturday evening as with the final prize-giving ceremony as crews, friends and families of more than 200 boats gathered to celebrate a safe and successful crossing.

The crews now join a special band of ocean sailors who have crossed the Atlantic with the ARC. 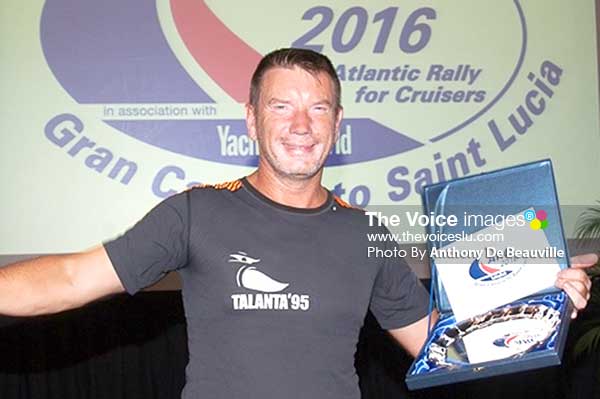 The evening marked the end of almost six weeks together with the rally, following their preparations in Las Palmas de Gran Canaria, camaraderie at sea and finally a wonderful welcome to Island Global Yachting (IGY) Rodney Bay.

It is often said that there is no ‘typical’ ARC as the fleet experienced different conditions during their time at sea. This year was true to form with a wide variation in weather along the length of the route. A developing low pressure system offered the tantalizing prospect of a fast northern route but at a risk of headwinds later. Further south, the traditional route close to Cape Verde only gave light winds early on before the trade winds picked up into December. 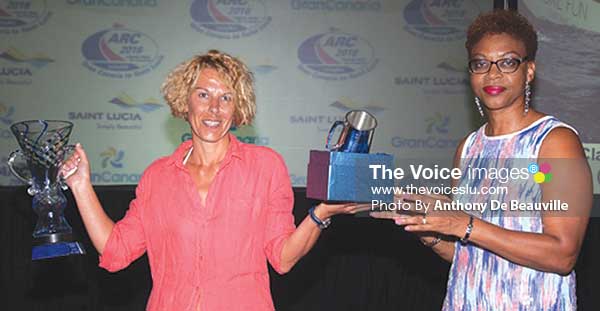 For the fastest boats in the racing fleet, the low pressure system offered a small window of opportunity to head north from Las Palmas, sail around the top of the low, and fast reach across the back to make straight for Saint Lucia. This route was a considerable gamble that paid off for George David’s Rambler 88 which broke the ARC course record to reach Rodney Bay in 8 days, 6 hours, 29 minutes and 15 seconds.

At the ARC prize-giving ceremony, the biggest cheers came for crews who were recognized for their achievements and contributions to the overall rally atmosphere with special prizes awarded, including the Double-handed Award, Senior Cup and Family Boat awards, along with accolades for Best Logs, the Fishing Competition and recognition for the Radio Net Controllers and Finish Line volunteers. 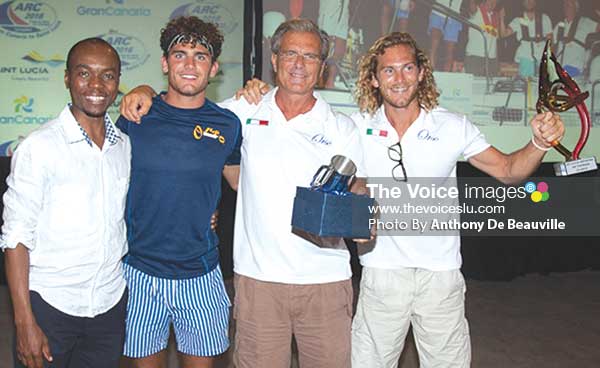 Awards were also presented for line honours and class winners, including Woodpeckercube (ITA) who took Line Honours in the Cruising Division, and Arabela (LAT) won their class (C) and Overall in the Cruising Division. In the Multihull Division, Knut Frostrad’sOutreemer 5X Nemo (NOR) topped the standings for Multihulls Class A and the division Overall. Rambler 88’s record-breaking performance saw their name added to the trophies for IRC Racing Line Honours, and the Overall Winner of the Racing Division. 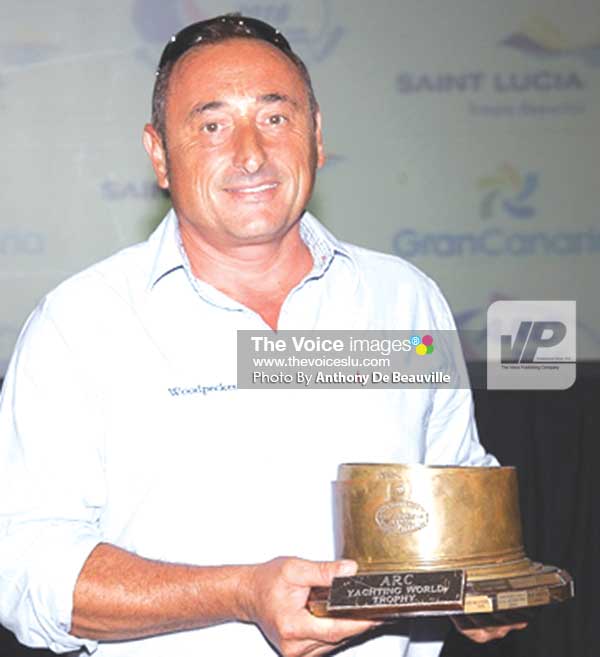 The Spirit of the ARC award was, as usual, saved for last. Each year it is awarded to the yacht that best displays the general spirit of goodwill and enthusiasm that the rally creates amongst the fleet. For ARC 2016, Swedish skipper Mikael Ryking was awarded the trophy following his single-handed sail to Antigua to pick up the crew of dismasted yacht Minerva of Kip, then sail them back to Saint Lucia so that the crew could finish their ARC by crossing the line in Rodney Bay. He received a standing ovation from fellow ARC crews as he collected the award. 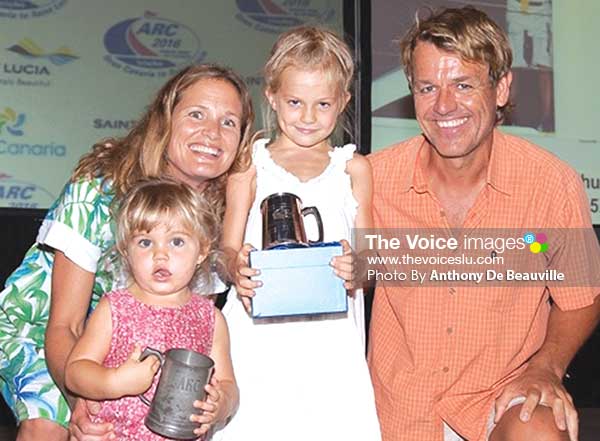 During their time in Las Palmas, one participant compared the preparations and social atmosphere to the ARC as like the first week at university. Five weeks on, Saturday’s prize-giving ceremony certainly resembled a graduation with each person achieving their goal of safely sailing the Atlantic to reach Saint Lucia’s shores, gaining knowledge, experience and plenty of memories to last a life-time as many begin the next stage of their journey as live-aboard cruisers.