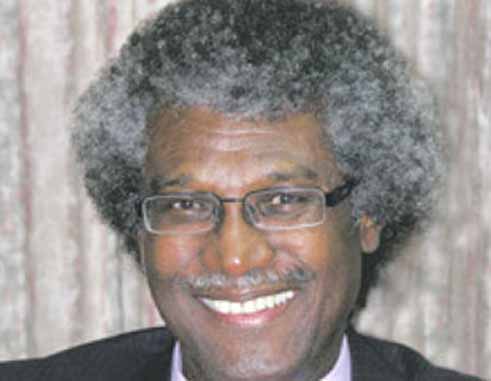 TRIBUTES continue to pour in to the late Central Bank Governor Sir Dwight Venner who died here last week at the age of 70 .

The Institute of Chartered Accountants of the Eastern Caribbean said it was deeply saddened by Sir Dwight’s sudden passing.

It said: “Sir Dwight understood the role finance professionals could play in economic development and it was during his tenure as Director of Finance and Planning that Saint Lucia witnessed an unprecedented number of Accounting graduates and Chartered Accountants gain employment in the public sector. He also ensured that their compensation was in keeping with the critical role that they played.

“It is no secret that Sir Dwight was indeed a visionary – a very methodical one at that, and one who made things happen. He was passionate about the sustainable development of the OECS in light of limited resources, and constantly emphasized that investment in infrastructure and innovation are crucial drivers of economic growth and development. He was also passionate about structural transformation and its attendant reallocation of economic activity across the broad sectors of agriculture, manufacturing and services. It was under his watch that a number of supporting development institutions were established. He signaled to the world that although we were small, we were capable of creating institutions that supported our economic growth agenda and that we can run them successfully.

“He saw the need for alternative financing methods to finance the investment needs within the OECS and so on October 19, 2001 the Eastern Caribbean Securities Market (ECSM) was launched. The launch of the ECSM gave rise to new issues, in particular corporate governance and financial literacy. He proffered that ‘There are three areas and professions which will play a significant role in this new dispensation, namely, the legal profession, the accounting profession and the profession of journalism’.

“Sir Dwight maintained that the accounting profession is crucial to the accurate rendering and analysis of financial statements and recognised the need to train a cadre of accountants who can effectively service the corporate sector. He urged the Heads of Governments of the OECS towards the signing of the Agreement Establishing the Institute of Chartered Accountants of the Eastern Caribbean on November 20, 2000, something that ultimately led to the launching of the Institute of Chartered Accountants of the Eastern Caribbean (“ICAEC”) in Saint Lucia in 2004. The formation of the Institute is intended to ensure that accounting professionals meet international standards in the delivery of their services so as to instil investor confidence in the level and quality of financial information emanating from the OECS Region.

“Since its establishment, Sir Dwight has rendered unwavering support to the ICAEC and under his leadership; the ECCB facilitated a World Bank sponsored project to strengthen the Institute of Chartered Accountants of the Eastern Caribbean.

“:He embraced the international standards and led by example in ensuring that the ECCB became fully IFRS compliant ahead of its regional counterparts. He also supported the accounting profession at the regional level, having delivered keynote addresses to the Institute of Chartered Accountants of the Caribbean at their annual Conference on more than one occasion. He was pleased about the progress made by the ICAEC since its establishment but lamented the fact that Saint Vincent and the Grenadines has still not yet enacted the ICAEC Agreement Act.

“The ICAEC and the profession in the Eastern Caribbean has truly lost someone who championed its cause and mourns his passing. We extend heartfelt condolences to his family, his wife Lynda and his children, including his daughter Zinga who is also a Certified Public Accountant. We want you to know that the accounting profession across the OECS Region shares the pain you feel at this time, and we pray that you receive strength in knowing that the sacrifices that he and you, his family, made over the years is very much appreciated by all in the OECS and the world at large who benefited from his service.

“May he rest in eternal peace”.

Sir Dwight had made a significant impact on the financial services sector within Saint Lucia and the wider OECS territory, having served as Governor of the Eastern Caribbean Central Bank (ECCB) from 1989 to 2015.

The association said: “Sir Dwight was well respected by the banking industry given his vast knowledge and experience. His guidance and support was paramount to the progress and success of the indigenous banks of the Eastern Caribbean Currency Union.

“On behalf of all its member banks, the Bankers Association of St. Lucia extends its sincere condolences to Sir Dwight’s family”.