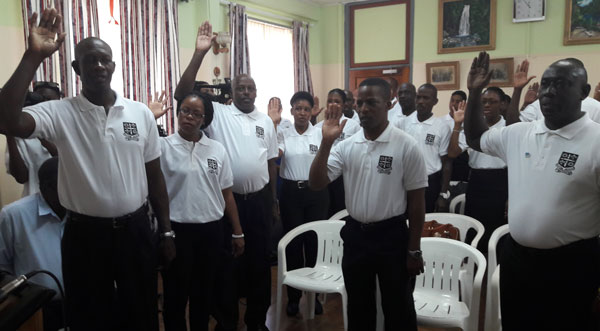 Twenty-three newly hired city police officers were sworn in Monday at a special ceremony in the Office of the Mayor led by His Lordship, Mayor Peterson D. Francis.

The cohort includes 9 women and 14 men, among whom are former police officers from the Royal St. Lucia Police Force.

The first batch of city cops will have an opportunity to serve and protect in the City of Castries. The recruits will hit the streets immediately and will participate in a three-month training and appraisal programme. They will also attend the training academy of the police service as part of an ongoing capacity building programme.

Over the past years, many shared the view that the City Constabulary Officers, now rebranded to City Police, had lost their spark as the numbers dwindled, resulting in a security lapse and lack of law enforcement in the city. The new recruits will be an addition to the 13 constabulary officers currently employed. Another batch of recruits is expected by the first quarter of 2017 to beef up the unit to 50.

“We can’t make change alone,” Mayor Francis said. “Citizens and visitors alike have for too long lamented the creeping sense of insecurity in the city of Castries. Criminals cannot continue to act with boldness and impunity. We have come a very long way, and indeed I am delighted that the City Police idea I spoke to on several occasions is bearing fruit. The city’s police force will be committed to building trust and will have a positive influence on the community.”

Francis charged the recruits with two tasks: treat everyone with dignity and respect and become part of the community, stating: “The department’s aim should be to strengthen relations within the city’s neighbourhoods. Community policing should be the backbone of what we do. This recruitment drive speaks of our commitment, my commitment, to maintaining law and order and restoring a sense of safety in our city.”

In closing, he also thanked the officers for their current and future sacrifices. 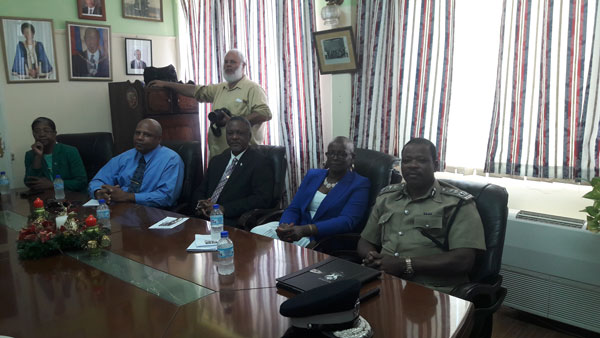 Below is the full text of Mayor Francis’ speech at the swearing-in ceremony:

GOOD MORNING.
Welcome and thank you for being here.
I am extremely thankful that I am able to see this day through. I am also inspired by today’s accomplishment. Throughout my life in the city, and even before assuming this position, I have lamented the need for the establishment of city police.
It is a critical time, which warrants critical measures. Your task is monumental one and you’ve got to brace yourselves for the challenge. Be bold. Be assertive. Be vigilant.
For every one person who may treat you bad out there, there are 40 other people in your community that are supportive of you and the work you do and want to see you do the right thing, and more than anything, really trust that you will do the right thing.
Treat everyone with dignity and respect and become part of the community. I need you to understand what our community needs. Understand what it means to be a police officer in this era.
It’s truly a strange time in St. Lucia and Castries by extension when not everyone truly respects a police officer. That’s terribly unfortunate because you sacrifice your life every time you put on that uniform.
I want to welcome you as our first batch of city police officers. Take your training seriously. And as your Mayor I will stand by you for the greater good of the City of Castries.
We are depending on you.
I have great expectations of you. Give of your best to the city and to this country.
I thank you. 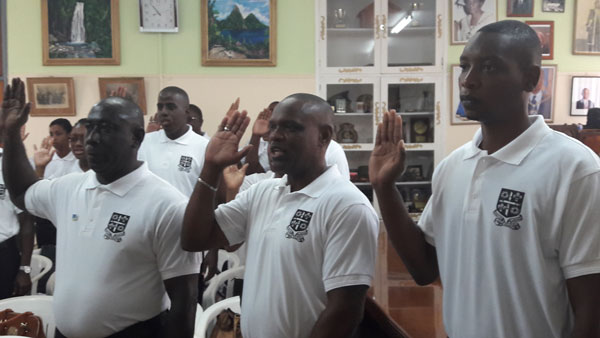 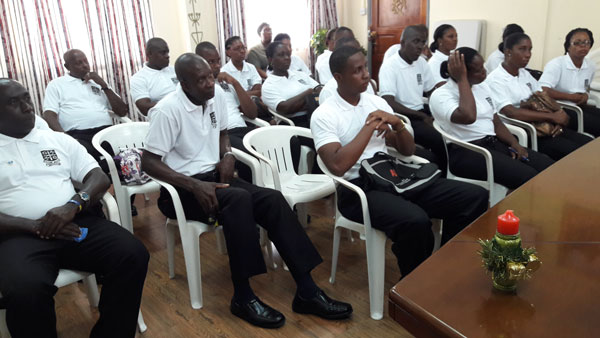