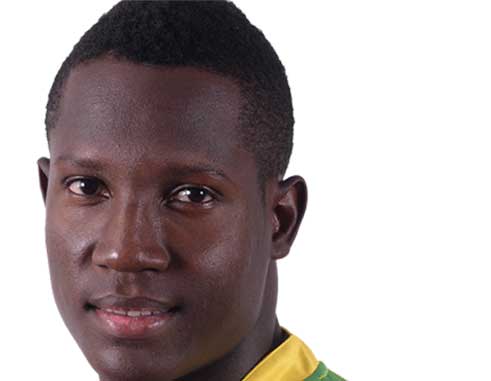 KARUNEGALA, Sri Lanka, CMC – Exciting all-rounder Rovman Powell says he is relishing his cameo roles in the West Indies A side, after producing another high class performance to help the Caribbean side beat Sri Lanka A on Thursday.

The 23-year-old lashed a whirlwind half-century and grabbed three wickets to help propel Windies A to a rousing 109-run victory and an assailable 2-0 lead in the three-match unofficial One-Day International Series here.

“The key to [victory] was the opening stand we got from Chadwick (Walton) and Kyle (Hope). I think they played well,” Powell explained.

“They allowed me personally as an individual to come in the lower half and express myself because of the platform that was laid.

“And in regards to the bowling, the pitch was a batting-friendly wicket so it was very important for me to get the ball in the right areas from the outset and I think I did just that today.”

Entering the contest with West Indies A on 228 for three, Powell blasted two fours and six sixes in making a stunning 52 off 22 deliveries.

Hope stroked 107 and opener partner Walton, 70, while Assad Fudadin chipped in with a steady 57.

The half-century was the second successive one for Powell who made 55 off 35 balls in Tuesday’s first game as the Windies stormed to an impressive 165-run victory.

“It’s a role that helps me to express myself a little more but today was good,” the Jamaican said.

“I just came out and expressed myself and that is something young players always want to do and I think the opportunity presented itself today and I took it with both hands.”

Powell shot to prominence this year in a practice match involving West Indies in Barbados, before also making a huge impression for Jamaica Tallawahs in the Caribbean Premier League.

He gained selection to the senior West Indies side for the T20 series against Pakistan in the United Arab Emirates but failed to get a game.
Powell said the key to his success on tour so far had been utilising the excellent wickets which they had encountered.

“Once you get set on the wicket, I think that is the key. It’s a good cricket wicket, not a lot of spin but once you can bowl and put the ball in the right areas you will get your results, and once you’re willing to stand up and bat you will score runs.”

He continued: “If you look at the [composition] of their team (Sri Lanka A) it’s a good team, it’s just that we put the ball in the right areas early up.

“The key to any successful defense of a total is that you have to get early wickets, and we got early wickets and I think our pace bowlers have done just that over the past two games. Also, the vibes in the camp are very good, the players are rallying around each other and each man is happy for each man’s success.”

West Indies A play their final game on Sunday.