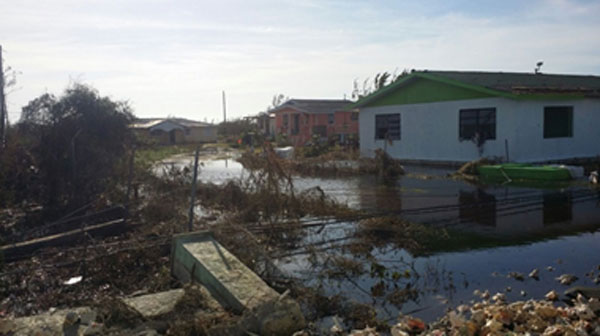 Bridgetown, Barbados, October 10, 2016 (CDEMA) – A high-level delegation will visit Haiti and the Bahamas between October 11 and 13 to undertake discussions with the leadership of the affected States and to confirm additional areas where the Caribbean Community can provide support.

This high-level mission includes Roosevelt Skerritt, Prime Minister of Dominica and Chairman of the Conference of Heads of Government of the Caribbean Community; Secretary General of CARICOM, Ambassador Irwin LaRoque; Executive Director of CDEMA, Ronald Jackson; Saboto Caesar, Minister of Agriculture, St Vincent and the Grenadines supported by a technical representative from the Food and Agriculture Organisation (FAO) and Dr. David Farrell, Principal of the Caribbean Institute for Meteorology and Hydrology (CIMH).

Haiti and the Bahamas have been severely impacted by Hurricane Matthew and are currently undergoing damage assessments. The Rapid Needs Assessment Teams (RNATs) that are being led by the Caribbean Disaster Emergency Management Agency (CDEMA) have commenced assessments in New Providence, Andros Island and Grand Bahama in the Bahamas while operational support has been provided to the National Emergency Operation Centre (NEOC) in Haiti. The preliminary assessments has so far revealed widespread flooding of buildings and major roads, severe damages to houses, schools and health facilities, fallen electrical poles, trees and damage to infrastructure including electricity, water and communication.

At a press conference called by the Prime Minister of the Bahamas, Perry Christie, on Sunday, October 9, a number of the critical agencies including health, social services, security, water and electricity presented updates on the progress of work being undertaken in an effort to restore normalcy to the affected areas as soon as possible.

Speaking at the press conference on behalf of CDEMA, Joanne Persad, Preparedness and Response Manager said, “The RNATs are made up of twenty nine (29) members, who are multi-disciplinary and multi-national. The teams will provide a report in 72 hours on the damage to those islands being assessed and will also provide guidance for recovery and rehabilitation.”
She also expressed gratitude to the Government of the Bahamas for the opportunity to serve as well as commended the people of the Bahamas for their resilience.

The RNATs are led by CDEMA with deputy lead by the United Nations Office for the Coordination of Humanitarian Affairs (OCHA) with 7 members from the United Nations Disaster Assessment and Coordination (UNDAC). Other partners involved in the RNAT include Global Affairs Canada, Caribbean Public Health Agency (CARPHA), The Caribbean Media Corporation (CMC), the Council of Caribbean Engineering Associations (CCEA) and representatives from the CDEMA’s Participating States including the Bahamas, Antigua and Barbuda, Jamaica, Trinidad and Tobago and the Turks and Caicos Islands.