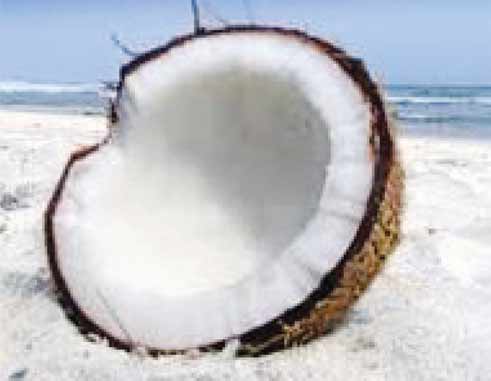 COCONUT vendors were in the limelight recently. More specifically the coconut vendors located on the busy Gros Islet highway near the Bay Gardens Hotel. I became aware of the plight of these vendors from social media. Most contributors were incensed. They commented on the huge stones placed along the very spot where these vendors used to do business. Some described the boulders as ugly, some expressed annoyance that they were being inconvenienced. They wondered where they would get their coconut water. The talk of the small man trying to earn a living was another theme. According to them these vendors were in a sense operating small businesses and now they were being discriminated against.

A statement was made by the owners of the Bay Gardens Hotel and opinions expressed by the President of the Vendors Association, the Member of Parliament for the Gros Islet constituency, and the Environmental Health Department of the Ministry of Health. According to the owners of the hotel they took the decision because of sanitation, health and safety concerns. The President of the Vendors’ Association indicated that the Bay Gardens Hotel should have given the coconut vendors some notice. The MP noted that the newly landscaped area was crown property and that these stones posed a hazard. According to him he was in conversation with the hotel with a view to resolving the situation. He was trying to do a balancing act. The environmental health department voiced concerns about regulations, how vendors should have a plan and there should be labels on the bottles listing the ingredients.

I must congratulate the management of the Bay Gardens Hotel for their proactive stance. The hotel cited sanitation, health and safety concerns. According to them there was much urinating going on in the area, located mere feet from the hotel. Now, what do you expect when you have a set of men congregating in one area for several hours a day? They just simply unzip, pee, shake, zip back up and back to business. So for those of you who complain about being unable to purchase your coconut water, the hotel was also concerned about your health. Just imagine after the zipping up, coconut is cut, water is poured into bottles, caps screwed on, you purchase, you unscrew and you drink. Guess what? The area was being used both as a urinal and a bottling plant. Think about it. Then there is the issue of safety. Now please do not get me wrong, I do not have any problem with young men trying to earn a living but it must be done in a way that does not pose a danger to themselves and others. These young men dash across the highway selling to drivers, who by the way do not get off the traffic to do their purchasing, they simply stay in traffic and wait for their coconut water and their change. This cannot be right, but some people do what is convenient for them with little regard to others.

Now to the environmental health department. You mean to tell me the situation of coconut vending has been going on here for years and it is only after Bay Gardens Hotel took this bold stance that the department found its voice? They spoke of plans and labels and I just laughed when I heard this because coconut vending will continue and the department will not enforce anything. We know that rats find their way onto coconut trees and of course the coconuts, and one does not have to be a scientist to conclude that peeing goes on by the rats as well. So are these coconuts washed prior to being chopped and by the way some of you love to cut spoons from the coconut husk to scoop out the flesh. Think before you put that spoon in your mouth.

Now the President of the Vendors’ Association noted that the hotel should have given the vendors notice to vacate. I do not agree, because the coconut vendors would have still been occupying the area and the hotel would have had to deal with the stench of the pee and other unsavoury behavious for ever.

Some of you might be of the view that the hotel should have written to the relevant government department to get these vendors evicted. Trust me the hotel would have waited forever for any action to take place. They took a proactive stance and they need to be commended. You see we have a problem of not wanting to inconvenience people because we do not want to deal with the consequences. For example, look at the situation of the cows and horses on our highways, a motorcyclist died after colliding with a cow on the Castries/Gros Islet highway and that was about 25 years ago. Guess what? The cows and horses are still dashing and strolling across our highway. The owners find it convenient to drop them where there is grass and the interesting thing is that successive governments have been unable to deal with that situation.

Probably what we need are people within the government departments with the boldness of the management of Bay Gardens Hotel, people who are proactive. By the way, to you at the Environmental Health Department the coconut vendors have moved a few yards to the north of the Bay Gardens Hotel. Go get your plans and labels and enforce your regulations.
– Jacinta Annius-Lee