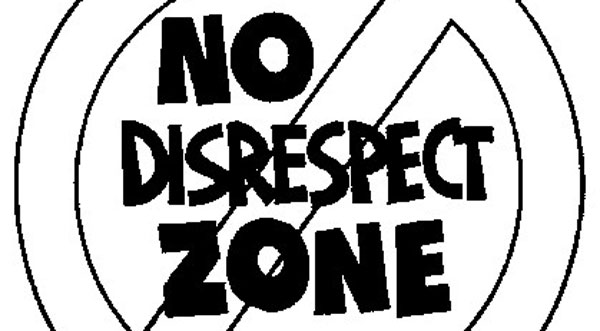 THESE words resonated within and raised an alarm bell. They were spoken by Prime Minister Allen Chastanet at his first comprehensive press conference three weeks ago. It was directed at everyone; not merely at a reporter he thought had crossed a line. It was a clear signal that here at last was a leader, who would not pander to declining standards of conduct.

Before he had successfully rescued the United Workers Party (UWP), from the doldrums, I frequently asked him whether he was ready for politics. I may have asked that question at least four times within a six month period. Each time he assured me, he was. ‘Yes I am,’ seemed confirmation enough. But it was only after he won a third consecutive victory as UWP leader I became fully convinced. Finally, I looked him in the eye and said ‘yes, I think you are ready – for politics and for government.’ The best hint I saw back then was his preparedness to train and prepare his ground troops – his party’s constituency groups, hiring professional help.

I witnessed firsthand how meticulous and patient the man was in purposefully rebuilding the shattered UWP one supporter at a time. I was aware of the tremendous push and pull within the party. I attended several meetings of the central executive committee at which some members were heard to repeat the skewed propaganda from the opposition party. At one point things were so bad that a handful of party members, including some from the women’s arm, stopped greeting him. His ‘crime’ was to have removed certain fund raising activities from certain persons.

The man never lost his focus or abandoned his mission. My only remaining doubt was whether he had the full and unflinching support of his family. I knew he could depend on his wife and his sister Feolla. But what about the others, I asked myself. Out of the blue I received a mail from London which confirmed that Allen also had the full support of his mother and all his in-laws. That left only ‘Gros-Chas’ – his father, Michael? Chas whole life was about business. He had no time for politics. He was prepared to work with any government who encouraged entrepreneurship.

As with so many other business people Michael Chastanet lived for the opportunity to invest and reap the rewards of his investment. Profit is never a bad word in the lexicon of such persons. Michael’s mind is forever tuned to grasp business opportunities. He was that way from childhood. Politics for such persons is an unnecessary evil. Their party is forever the ‘Party in Power’ (PIP). They feed politicians with a long spoon and stay far away, after they have sweetened them with a little pay back.

Most business people are too smart and have too much to lose to mess about disrespecting politicians, especially a Prime Minister and his Ministers. Experience has taught us that it is far easier for some loudmouth who has no investments in business, to shout gibberish from a political platform at persons perceived as opponents. The same is true for new aspirants to journalism. That lot seems to love their voice as much as politicians love theirs. Like some politicians, they have not learned to control the ego.

Allen Chastanet has since becoming Prime Minister extended his patience and forbearance to those at the lowest rung of the pecking order of society. It is that rung which has nothing to lose, and is often fast and loose with cheap untruths that one must be most careful of. Journalists, like some unhappy politicians must learn to accept that Allen Chastanet will not suddenly disappear from sweet Helen.

Curiously, some persons who came to national attention through questionable dealings and new-found wealth have never been asked some of the questions thrown at Prime Minister Chastanet – or the former Prime Minister. Perhaps they think that hostile questioning of PM Chastanet will help them avoid questioning the more shady characters in local politics. Spreading hate on radio and television is not the way of persons who claim God as guide. Clear, honest reasoning comes from an unpolluted and uncluttered mind, and it is there that God resides.

Putting people in their places whenever they step out of line is an important function of every person, including children, who understands the value of respect. Let me be clear; people must first respect themselves, if they are to demand respect from others.

A man who had shown foresight and patience in stitching the UWP back together and who had in four short weeks turned the tide of local politics in his part’s favour is not someone to be trifled with. Such a person deserves respect, not disrespect. In addition, when that person sacrifices a better income than he receives in politics he/she deserves respect especially when his political mission is to bring progress and development to a marginalized and disheartened people.

Prime Minister Chastanet has taken on the mess that was left behind by the former government. Thankfully, he is used to problem solving. The political amateurism and deceit that passed for government financial management seemed more the work of misguided amateurs and lost political causes.

Has anyone forgotten the manner the former Prime Minister ranted and raved in 2011 when poor Lebourne, an appointee of the UWP government, was at work after SLP took office? Who can forget the way in which the names of members of the Public Service Commission were called on certain media harassing them to resign forthwith? And have we forgotten that the Castries City Council was virtually shut down and no financial transactions permitted the day the SLP regained office in 2011?

For the record let me repeat what I’ve said on a previous occasion: I think Prime Minister Chastanet is doing the right thing by not recklessly replacing suspected SLP moles with his UWP’s. In that regard, he seems bent on following the better, more humane instincts of Sir. John Compton. If he can touch the garments of Sir. John it would add luster and credibility to the words ‘don’t disrespect me.’