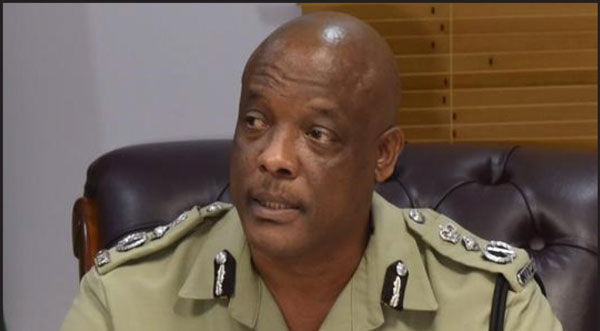 ROSEAU, Dominica Oct 7, CMC – Dominica police Friday said they had intercepted a shipment of guns and ammunition and were also investigating the disappearance of three guns from the police headquarters.

Police Commissioner Daniel Carbon told a news conference that the guns and ammunition were discovered at the bottom of a barrel containing groceries and imported from the United States on September 30.

Carbon said that local law enforcement authorities were alerted by their US counterparts.

“A barrel containing grocery items originated from the United States. A search of the contents of that barrel was conducted by members of the Drug Squad in the presence of the Customs and Excise Authority and Port Authority.

“The following were found in the bottom of the barrel. Five Taurus pistols, one Kel tec pistol, five Taurus revolvers, One Rossi revolver,” he said, adding that the authorities also discovered more than 800 rounds of ammunition, magazines and a stun gun.

Carbon said that while no one has been detained as a result of the discovery they are seeking to locate the person to whom the barrel was consigned.

“We know who we are looking for. We are in pursuit of persons who we think will assist us in the investigations.”

Carbon also confirmed that the police are investigating the disappearance of three guns from the police headquarters.

“It has been in the media that three point 45 pistols are missing from police headquarters. I can confirm that this is the case the investigation into the matter is ongoing,” he said.

“I am concerned with regards to any alleged criminal activity that any member of the police force find themselves in and investigation into that matter is ongoing,” he added.