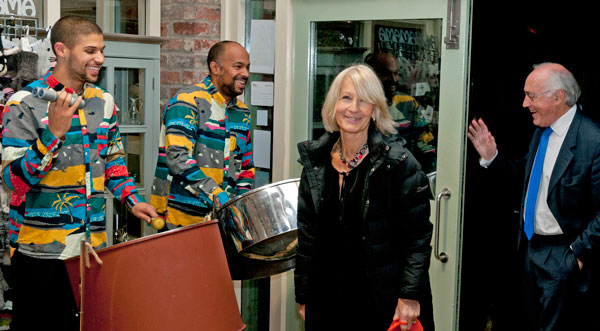 The England and Yorkshire Cricket legend spoke with great warmth and affection about what he described as “the West Indies’ three greatest ever batsmen, Brian Lara, Viv Richards and Gary Sobers”.

Dr. Kelly highlighted that the Chamber’s Trinidad Chapter was celebrating its 15th anniversary of being established in Port of Spain on November 3 this year with a celebratory ‘High Tea’.

He went on to note that: “Geoffrey was also delighted to pass on his best wishes to the Trinidad event, as well as going on to recollect some of his very happiest memories of cricket in the West Indies, not least his three Test centuries he secured there!”

The dinner, which also included St. Lucia’s Minister for Tourism, Dominic Fedee, had a St. Lucian spices and rum theme as Caribbean export products were highlighted to Yorkshire business leaders.