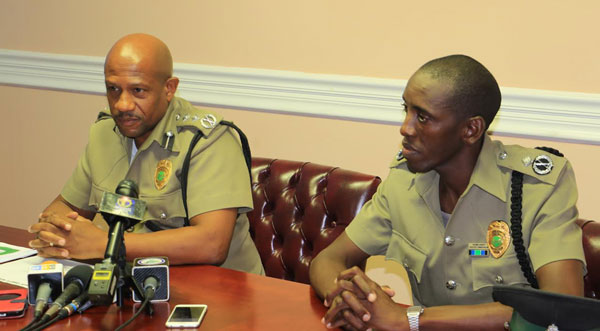 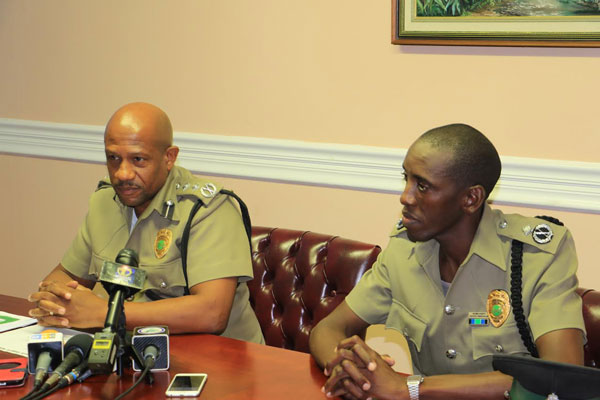 It took approximately twenty-eight hours to return an escapee to the custody of officers at the Bordelais Correctional Facility (BCF) located in Dennery this week.

The inmate, who is housed in a maximum security unit in the facility, undertook his brazen escape on Tuesday, October 18 while completing some chores in a section of the prison.

Bordelais Correctional Facility’s Deputy Director of Corrections, Leonard Terrance, and Assistant Director for Operations, Chris Felix, held a press conference at the Office of the Prime Minister on Thursday to report to the public that security measures remain tight at the facility.

Terrance explained that the officers at the BCF truly felt the strong support of the public which played a significant role in the swift recapture of the prisoner.

“Once the news broke out, we got some tips from the residents of Dennery. People called in to say that they had seen Hanson based on the description that we had given. I must say that from the time we issued the report there was no way that one would really have missed him.”

On Wednesday night (October 19), Prime Minister Allen Chastanet addressed the issue of national security on the DBS television show, “Newsmaker Live”, calling on every member of the public to collectively display zero tolerance for criminal activity.

Said the Prime Minister: “There is no way that the Police Commissioner and the Government of Saint Lucia have the resources to deal with those issues by themselves. The Police Force that we have must include all of the security guards that we have around the country. There must be, for example, neighbourhood watches and community policing — everybody has to be involved.”

The Prime Minister asserted that the level of crime in the country is unacceptable and that the government is committed to tackling the problem on several levels.

An internal investigation into the prison break is underway at the Bordelais Correctional Facility and the prisoner who was recaptured reportedly unscathed on Wednesday, October 19 around 9:30 p.m. will soon have charges brought against him by the police.