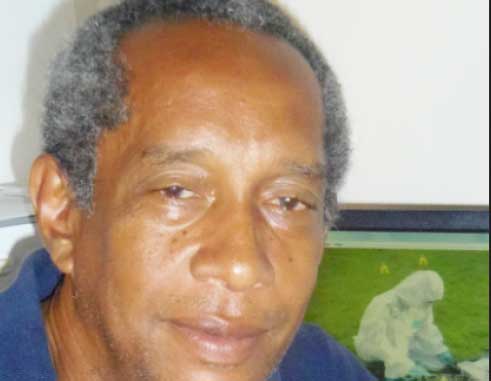 THE question of balance in our adversarial system of justice can be examined as in the use of forensics in our criminal justice system. There is little doubt that the science has impacted modern day criminal courts to the extent that some jurors are sometimes surprised or maybe uncomfortable with an absence of such ‘neutral’ evidence which they may deem important in their deliberations. Whilst forensic TV programmes would have heightened their interest and expectations the glitz portrayed by some shows doesn’t accurately represent the true world of the science. Consequently it will be the nature of forensics played out in a real life court room setting that will give jurors a better and more balanced appreciation of the field for their deliberations.

Consider my comments in an older article. ‘Forensic evidence is always good circumstantial evidence and no modern day police force can afford to be without full and easy access to a functioning and reliable support forensic service. But, to be of benefit, forensics must be correctly applied and properly managed. Law enforcers must be well trained and prepared for the many challenges of dealing with physical evidence at all levels within the scope of their operations, prosecutors and defense attorneys no exception. Because of its nature and its capability to provide convincing convicting evidence, the bar on the leading and admissibility of forensic evidence, in courts, is high. If not properly handled and led, it has the propensity to snap back, hurt and embarrass the side using it.”

That then could set the stage for a keen contest at trial. However consider the following. In America there is a school of thought that an accused without an attorney, particularly the indigent, despite his/her best efforts and any directions that may be given by the bench bearing in mind a judge’s commitment to be a detached referee, remains effectively unrepresented. Another thought is where forensic evidence forms the main or a substantial part of a prosecution’s case and the defense is without relevant meaningful guidance or an adequate counter where necessary, the accused may also be considered to be effectively ‘unrepresented’.

Forensic evidence too has had its fair share of criticism and in some situations has skirted or crossed dangerous boundaries due to shortcuts, sloppy or unprofessional work, improper use and or unscrupulous or unethical examiners. It is for those reasons that forensic practitioners must be well grounded in competency and integrity and negligent offenders dealt with in a professional and transparent manner. So also is the parallel that the gravity of court room testimony demands that they be well armed with the knowledge base for same, in their role as an expert witness.

So how will that forensic balance be obtained? As scientific evidence, not familiar currency for many lawyers, becomes increasingly used by the prosecution such a balance demands an increasing awareness on the part of defense so as to comprehend its content and significance and also appreciate its strengths and weaknesses. In a case many years ago I rendered testimony in the area of fractology to which the defense argued that it be struck off on the grounds that such examinations and testimony were the duties of a pathologist. Well, not only was he incorrect but such an avenue pursued was an unfortunate waste of cross to crucial evidence in a case as serious as a hit and run motor vehicular fatality. So why was that avenue chosen? In a more recent experience where I gave evidence I was at a loss to understand why a defense lawyer did not explore further forensic evidence which was not as weighty as it appeared. The answer to those situations is somewhere between unfamiliarity and unpreparedness.

Defense has an obligation to mount an effective challenge where necessary and either through cross or in presenting its own arguments to what might sometimes be shaky but admissible evidence. That’s important in our adversarial system of justice. Consider where a complainant alleges rape but the accused maintains it was consensual. Prosecution adduces damage to the victim’s garments as evidence of forceful interaction hence supporting the accusation of rape. However defense assessments are not able to simulate damage to the garments as when being worn but can reproduce it when ‘empty’. Defense may then be able to suggest that damage is factitious and cast doubt on the complaint’s credibility. Clothing is an aspect I consider important, but to which I find little attention has been paid, at least in matters I have given evidence in. On the other hand a sometimes fatal distraction to unfamiliar lawyers, in particular prosecutors, is the mesmerizing attraction and often total reliance on DNA evidence. But every available aspect of scientific evidence has its story to tell and should be explored. Remember a puzzle is at its best only when all the pieces have been fitted.

Forensic evidence is not intended to be a runaway train and checks and balances will enhance the quality and worth of such evidence. Its worth will be as good as the players involved and so much will hinge on that. The courts too, as in the bench, should not shy away from the need for clarity. There may be instances where disagreement on the significance of scientific evidence will dictate that any uncertainty be satisfactorily resolved. So at the end of the day the true benefits of forensics will only be derived from its correct application and for which all sides will have the professional responsibility of playing their part. It must be about a high quality of justice dispensed as it is that which will be instrumental in giving our justice system the high level of respect it deserves.