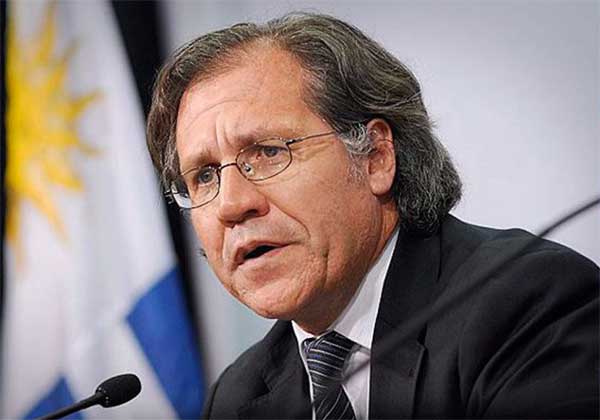 (The writer is Antigua and Barbuda’s Ambassador to the United States and the Organisation of American States. The views expressed are his own)

Luis Almagro, the Secretary-General of the Organisation of American states (OAS), has told political stakeholders in Haiti, including the interim government and parliamentarians, that it is imperative that they fully assume their responsibilities towards the nation”. The Secretary-General’s summons to the politicians comes after weeks of parliamentary filibustering and a failure either to extend the tenure of the interim president, Jocelerme Privert, or elect someone in his place.

Privert’s interim presidency effectively ran-out on June 14, a date set in a February 5 Agreement between the then Haitian President, Michel Martelly, and members of the Senate and lower house of parliament. At the time, Mr Privert was the President of the Senate. He was a signatory to the Agreement that laid out a time frame for an interim government, and for second round elections to be held to choose a new President to replace Martelly, as well as to fill vacant seats in Parliament. As leader of a special OAS mission to Haiti that witnessed events leading up to the February 5 Agreement and its signing, I know the terms of the compact very well.

The interim government and the National Assembly have both played fast and loose with the Agreement, causing datelines to be missed and leading to yet another constitutional impasse. It had been argued, with justification, by the Haitian Provisional Electoral Commission that the suspicion and claims of fraud over the first round elections on October 24, 2015 were so great that election plans could not proceed without verification of the results. An Elections Verification Commission (Cieve), in an audit of 25 percent of almost 13,000 tally sheets from polling stations, found that there were 628,000 untraceable or “zombie” votes among other major irregularities. Consequently, the Provisional Electoral Commission scrapped the first-round elections and decided that a fresh poll would be held. I concurred with that position on the basis that no President, elected on what would be perceived as a fraud, would be able to govern effectively. Better that doubt be removed, as far as it is possible, in new elections.

The Electoral Council set out clear time tables for fresh elections for the President, the remaining representatives for the National Assembly and municipal elections. Elections are to be held on October 9, 2016, and January 8, 2017. In a commentary, published on 9 June and entitled “Let the voices of the Haitian people be heard”, I joined Mr Almagro in welcoming the publication of the Haitian electoral calendar, and in stating that “it is essential for Haiti to return to elected governance”. I warned then that there was “a further and immediate problem”. The February 5 agreement set June 14 as an end date for an interim President, elected by the National Assembly, and I stated that the National Assembly must waste no time in either extending Privert’s term or electing a new interim President.

A month has passed and the matter remains unresolved. Meeting after meeting has either been abandoned for a deliberate lack of a quorum or decisions have been put off. In all this, the Haitian politicians are running out of time. The vast majority of member countries of the OAS want to see Haiti return to elected government. Further delays by the Haitian political stakeholders will result in losing their tolerance and support. The wider international community, especially the European Union, is also losing patience. More importantly, if the current political logjam is not unlocked, tensions within Haiti itself will intensify, leading to political agitation, violence and greater deterioration of the already fragile economy.

In a real sense, Haiti is back to where it was on February 5 when the departure of President Martelly was necessary to remove the blockage to an agreed process that would take the country back to elected rule and constitutionality. Martelly was sensible enough not to make himself the problem, but instead to become part of the solution by settling the terms of the February 5 Agreement and withdrawing. The time has come for similar action by others.

Mr Almagro is right to tell the Haitian politicians – on all sides of the political divide – that they have to stop their political jockeying for power and put the interests of the nation first. To the Secretary-General’s credit, he did not jump to this public warning. Earlier this year, despite the view of the US, Canadian and European Union (EU) governments, he opted to give the Haitian interim government and national assembly time to implement all the terms of the February 5 Agreement. He recognized the process “as an inclusive effort by all political parties, institutions and civil society in Haiti to overcome the political impasse”.

Haitian politicians also have to recall that their country is a member of international and inter-governmental treaty organisations, and that it has committed itself to upholding democratic principles, including elected government and the rule of law. Haiti’s special historical circumstances and the natural disasters that have befallen it, have persuaded other nations to be more flexible and lenient in dealing with it. But, it could well be argued that the Haitian politicians have been given enough time and more than sufficient resources to put in place the structures of proper governance that the country requires.

Time is running out. The members of the Haitian National Assembly should act with urgency to resolve the issue of the interim government, leading up to the elections. The future of Haiti and the well-being of the Haitian people depend upon it.