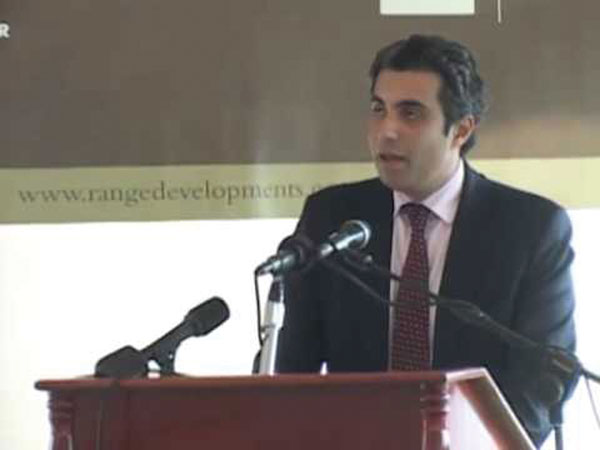 RANGE Developments, an international developer specialising in luxury hotel projects in the Caribbean, has signed an agreement with the Government of Saint Lucia to be the Master Developer of Black Bay.

The Black Bay Master Development will consist of a luxury branded hotel and villas, a small marina, and an equestrian centre set on 180 acres in the unspoilt southern tip of the island. The site is on the Caribbean southwest coast, within easy reach of the Pitons, the world famous UNESCO heritage site.

The Master Development consists of a number of phases. The luxury hotel, the anchor of the project will be developed under the country’s Citizenship by Investment Programme (CIP), which launched at the beginning of this year. The hotel will boast between 140 and 160 rooms.

According to the St Lucia Hotel and Tourism Association (SLHTA), the Citizenship by Investment Unit (CIU) welcomed Range Developments as the third real estate project development to be announced under the CIP and views the development of Black Bay as an expression of confidence in Saint Lucia’s economy, its tourism product and the CIP.

Founded in 2011, the Range Developments is an investment and hospitality company, operating across the Eastern Caribbean. It focuses on the development of iconic hospitality destinations in places of remarkable natural beauty. Its growing portfolio of landmark developments is a testament to the significant growth and success the company have achieved in the last four years.

Following the success of the first project, Range Developments has ventured into an investment partnership with the Government of Dominica to develop another 5 star resort in the Caribbean – Cabrits Resort Kempinski, Dominica.

With ambitious plans for the future, Range Developments is currently exploring additional development opportunities across the region.

Range Developments has received plaudits and awards both for its designs and robust innovative corporate social responsibility activities. “This will be our third major luxury development in the Caribbean and we are delighted to be working with the Government of Saint Lucia,” says Mohammed Asaria, Vice Chairman of Range Developments.

“Discussions with a potential operator is underway and an announcement will be forthcoming. The project will create about 500 jobs on the island during construction, with a similar amount once the hotel is operational.”

Speaking at the official press conference to introduce the investment, CEO of Invest Saint Lucia McHale Andrew declared: “Given their record of similar projects in the Caribbean and their tried and tested association with some of the world’s top hotel management brands, Range Development’s proposed project in Black Bay, Vieux Fort is a powerful validation of the return of investor confidence to Saint Lucia.”

“Such investment flows are imperative to the economic development of Saint Lucia,” he continued, “but must be done in a manner that burnishes the country’s image as a choice investment location in addition to enhancing the overall welfare of its people as well as Saint Lucia’s economic competitiveness in an ever changing global landscape.”

The CEO also remarked that there are other proposed major investment projects in the pipeline, which ISL will be happy to announce once the requisite agreements are finalized.