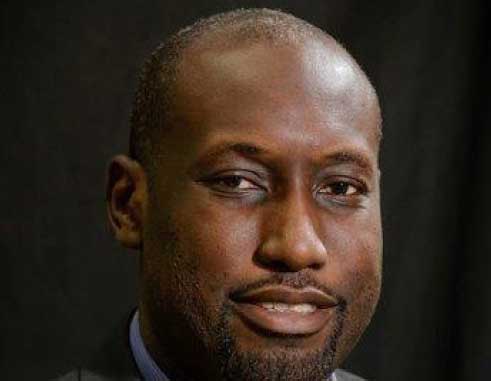 And when will legislation be passed to equip police officers with breath analyzers?

These are just some of the questions floating around in the wake of last Sunday night’s three vehicle collisions on the Millennium Highway which killed prominent banker and Managing Director of 1st National Bank, Andy Belmar.

Now the Caribbean Drug and Alcohol Institute, the Media Association of St. Lucia and others have expressed concern about the non-testing of alcohol levels of drivers involved in vehicular accidents.

Marcus Day, director of the research institute said that a protocol has to be put in place for the efficient draw of blood and to maintain the chain of custody.

“There are too many people driving under the influence of alcohol and as a result people die. The legislation allows for the police to bring people to a medical facility for a blood draw to test for alcohol,” he said.

Day believes that every driver involved in a vehicular accident should have his/her blood alcohol level tested.

“I think this is critical. The same goes for persons involved in violent altercations,” he said

There has been no official report that any of the drivers involved in the Millennium Highway, was under the influence of alcohol.

Clinton Reynolds, President of the Media Association, agrees with Day regarding the checking of blood alcohol levels in persons involved in vehicular accidents and the police adhering to the legal protocol to get and keep drunk drivers off the country’s roads.

“However, it might come across to some as a message crafted because of who the victim is: like there are some more entitled to life than others. So many have died or have been maimed because of drunk driving, yet they continue to get away with it. My plea is for us to press the authorities to institute this protocol as a matter of course whenever alcohol is suspected as a factor in a collision. I sincerely hope we can do that,” Reynolds said.

Delmar was the 10th road fatality for the year. A post mortem conducted on Tuesday determined that his death was as a result of traumatic brain injury secondary to traumatic head injury.

Investigations, police say, are continuing into this particular matter.

Meanwhile another road fatality, which occurred at about 3:47 a.m. Carnival Monday on the La Toc Road, near the Geest shed, the 11th for the year, appears puzzling to some.

An eyewitness claimed that the car which was driven by 30 year old Tanza Campbell of Corinth, Gros Islet first stopped, flipped on its back and slid into the Castries Harbour that borders the road.
A post mortem on the body Tuesday revealed that she died as a result of drowning. Police are also investigating this matter.

“Mr. Delmar joined the Bank’s family in January of 2014 and brought with him a wealth of knowledge, talent and personality having worked in the banking sector locally and regionally for over two decades. A proud husband and father of three sons, Mr. Delmar will always be remembered for his passion and drive for excellence and his love for St. Lucian life and culture, in particular, carnival.

“We find comfort and take courage in the overwhelming support and love all of you have so generously expressed.

“We have lost a visionary leader with a wonderful and generous spirit”.