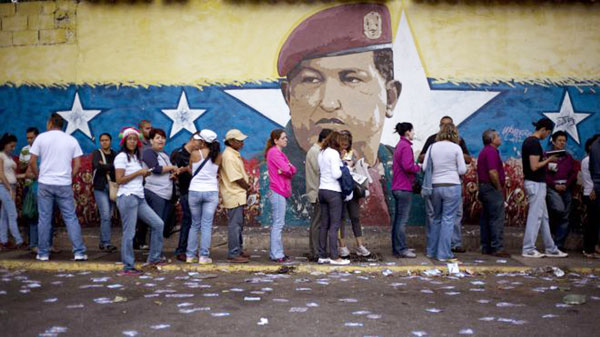 THE Venezuelan Embassy in St Lucia has issued the following statement in relation to ongoing political developments in the South American Republic:

The National Electoral Council is the governing body of the electoral power in Venezuela, responsible for the transparency of electoral processes and referenda, and guarantor of the efficient organization of all electoral acts carried out in the country.

This institution of public power is enshrined in Article 293 of the Constitution, and in accordance with Article 33 of the Organic Law of the Electoral Power, is responsible for establishing the rules governing the promotion and application of recall referenda of mandates of posts of Popular election procedure.

Chapter IV of the Venezuelan Constitution, in articles ranging from 70 to 74, all matters relating to the implementation of political rights and the popular referendum are outlined, establishing four (4) modalities thereof, which are: Consultative Referendum and Recall Referendum, Approval Referendum, Abrogative Referendum.

In Article 72, the mechanism of the recall referendum for all elective offices and elective judiciary is recognized, and in this regard establishes that once half of the period for which was elected official has elapsed, no fewer than 20 percent of the registered voters may request the call for a referendum to revoke his/her mandate.

Likewise, it establishes when a number equal to or greater than the number of voters who chose the official has voted in favour of the revocation, the mandate shall be deemed revoked, provided that at least 25% or more of voters enrolled in current voter registration participated.

It is important to highlight that this institution of the public power as the final arbiter of the electoral process, as well as the Supreme Court of Justice as the highest court of the Judiciary, have been responsible for regulating everything related to the activation of this recall mechanism, which was used for the first time in 2004 against President Hugo Chávez. Subsequent to that event, the governing electoral body approved – in September 2007 – the current regulations, which regulates the “procedure of promotion and application of recall referenda mandates of charges of election Popular”.

These regulations establish the time periods and procedures necessary to validate the activation of the recall mechanism at all stages. Note that these regulations, adopted nine years ago, are sufficiently understood by all the political organizations in Venezuelan society, and as such, it is wrong and malicious to say that the National Electoral Council is imposing the criteria in a biased way to harm the Venezuelan opposition and prevent the referendum. If any group of voters of any political persuasion, had considered that such regulations violate the interest of popular participation or any constitutional right, they have sufficient time to act within the framework of legal and constitutional procedures, but to date no initiative in this regard has been taken.

Below is a timeline of events in relation to the activation of the referendum initiated by the Venezuelan opposition, and the response of the electoral body:

• April 7, 2016: The CNE met for the first time the request for recall communication. In this sense, the “Commission’s participation policy and financing” of the electoral body requested that provision of the requirements, but they were not presented.

• April 14, 2016: The National Electoral Council received the request for the activation of the presidential recall referendum process, and ordered the “National Bureau of Political Participation” and the “Commission of registration Civil and Electoral” to verify compliance with precautions, in accordance with provisions of the Rules.

This decision involved the review of the recorded signatures, in order to verify that they correspond to citizens duly registered in the Electoral Register, as well as the documents submitted, which should comply with the established provisions.

• 26 April 2016: The CNE approved the delivery of forms for the activation of a recall referendum. Thereafter, there should be collected signatures expressing the will of 1% of those enrolled in the Electoral Register and distributed by Federal Entity, which, in this case, according to the existing regulation, corresponds to 197.978 signatures of voters.

• May 2, 2016: The Venezuelan opposition, through the Democratic Unity Roundtable (MUD), delivered to the National Electoral Council (CNE) the collected signatures to request the activation of the recall referendum.

• May 4, 2016: In the presence of witnesses of the parties concerned (Venezuelan opposition, patriotic pole), first phase of verification process began. In this first phase were received 80 boxes with envelopes and forms, and 24 stations were established to carefully review and count the forms.

The accounting process consists of the opening of boxes, verification of envelopes and counting of the listed forms, in order to verify that these forms correspond to those delivered.

• May 9, 2016: completed the phase of posting. In accordance with the final act, received 80 boxes with 2 thousand envelopes, containing 200,197 returns, 21,500 of which were incomplete, i.e. some of the returned forms had blank spaces, and others, erasures.

• May 11, 2016: The process of digitalization of the data begins. This phase is overseen by the political organizations involved in the process. This process of validation and invalidation of signatures, is carried out according to the criteria established in the regulations approved by the governing electoral body.

The remaining 1,352,052 signatures will go to the next stage of the validation process, which will take place from June 20 to June 24. After that, it will enter the review process of validation, which will take a period will be 20 working days, culminating on July 26 this year.

This shows that the activation of the referendum process is being performed according to the regulations provided for in the Constitution. However, the Venezuelan opposition has continued to attack the National Electoral Council (CNE), and has also been engaged in acts of political, economic and social destabilization, such as acts of violence, resulting in the deaths of many people, and injury to thousands more, financing of “paramilitary” criminal gangs that have been responsible for the murders of recognized political leaders, and the intensification of economic war by way of the hoarding of essential products, and a currency speculation affecting a large sector of Venezuelan society.

The recall referendum will proceed if the Venezuelan opposition complies with the regulations, as any attempt to alter these rules to suit any political bias, would be illegal and unconstitutional. However, our country will continue to defend the independence of public powers in Venezuela, and the right to have Venezuelans to solve their own affairs without interference from any organization or foreign power. It should not be forgotten that in the last 17 years there have been 19 electoral processes in Venezuela, a strange “dictatorship” for a country that exhibits an average of more than one election per year with an average turnout of close to 80 percent.