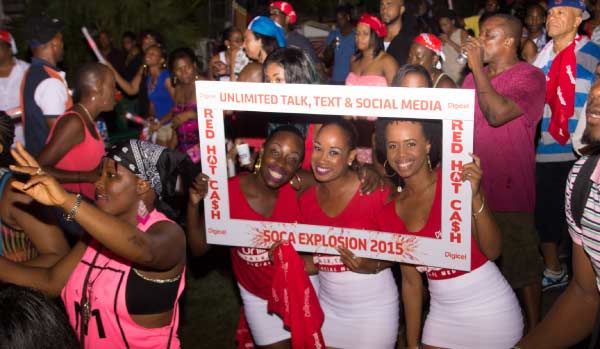 ON July 2, Gaiety Gardens will truly explode with the second annual SOCA EXPLOSION!!

The brainchild of Stratosphere Muzic, the event sought to highlight the undisputable talent of the island’s most decorated soca star Ricky T. With seventeen titles to his name ranging from Party Soca Monach, Groovy Soca Monarch and Road March King, Ricky T’s name is synonymous with not only quality soca music, but tunes which are memorable and evoke an immediate response in the revelers mind and behaviour.

Spending a little over four hours on stage in 2015 Ricky T demonstrated clearly why he is the soca powerhouse in St Lucia as he introduced many “friends” to his thirsty audience. Among them were Iwer George, Denise Belfon and Sherwayne Winchester from Trinidad & Tobago, Mr Killa from Grenada and Nayee from Dominica to name a few. Along with his friends from St Lucia which included the energy god Superman HD, Ashanti, Invader, Q-pid among others, the event had patrons talking for weeks after. Some cited it as the “most entertaining” event for 2015. The success of 2015 has made Stratosphere Muzic want to ensure that it offers its 2016 patrons an even better product.

The 2016 tagline boasts, “4 Icons; 4 Kings! One Night; One Stage!” and promises an iconic line up indeed. This musical journey will trace the music that most influenced soca music highlighting those who have gone before and paved the way, and helped fashion the memorable music performed by Ricky T and his peers over the years.

Led by the incomparable Calypso King of the World, the Mighty Sparrow, the stage will be set to include the Baron, Becket, and our very own Papa Vader!

Backed by the big band DYP with Brass, Digicel is once again the presenting sponsor of this musical feast.