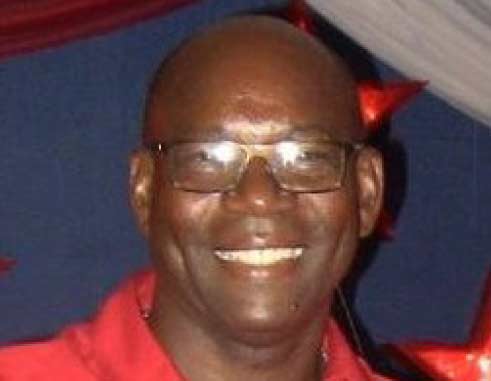 THE number of persons contesting the June 6 general elections will be known today, Nomination Day. However, this time around, the event will be of significance to a large section of the population as it is a day revered in worship to God and in the doctrinal belief of three contesting candidates of the two main political parties

Labour Party’s Jerome Gedeon of Dennery South is a member of the Church of God (Seventh Day) while Castries South East rivals, Joachim Henry of the Labour Party and Guy Joseph of the United Workers Party are both members of the Seventh-day Adventists Church. All three candidates observe Saturday as their Sabbath Day.

The debate amongst members of both denominations, especially Adventists is whether the act to have the names of the three candidates written down on the nomination paper today honours the Sabbath or the State and therefore not in keeping with God’s mandate of how the Sabbath should be kept.

Gedeon has yet to publicly state where he stands on the matter. However, Henry, yesterday on the mid-day radio talk show ‘New spin’ said that on his way to church today he would stop at the nomination venue to fill out the papers nominating himself to contest the Castries South East constituency.

“Myself and my wife have decided to go and be nominated because it is my belief, taking everything into consideration that the intention was never to have nominations on Saturday,” Henry said.

The practice over the years has been for candidates of established political parties to have an entourage of supporters accompany candidates on their way to nomination. Henry said this was never his intention. All he wants to do is simply to go out there and pledge his intentions to serve the people of the constituency.

“I see no problem in spending 15 or 20 minutes to do this and continue on my way to church,” he said.

“Let every man be persuaded in his own mind…” was Henry’s parting shot to those who believe he is obeying man rather than God by filling in the nomination papers and paying the $500 fee on the Sabbath Day.

Prior to press time yesterday it was not known whether Gedeon or Joseph would avail themselves to be nominated today, however Joseph had earlier vented his displeasure with today being chosen as Nomination Day and has sent a letter to the Electoral Commission proposing an alternative. See separate story on this page.

“I feel very personal about this because I am a practicing Seventh-day Adventist,” Joseph told reporters this week.

He went further and labelled Prime Minister Dr. Anthony as someone who does not regard God and the religious faith of the people of the country.

“The question is: Is he going to wipe out religion in St. Lucia and dictate what everybody should do? How can we have Nomination Day on a Saturday? It is not right, it is not the right thing to do” Joseph said.

However Prime Minister Anthony, Wednesday in a televised address to the nation defended the date selected for Nomination Day.

Said Dr. Anthony: “On Thursday, 19 May, 2016 prior to my announcement of the date for the general election on national television, the Office of the Governor General was advised of the date for nominations and general election. The writs for the general election should have been signed on that day but was held up to await the list of Returning Officers from the Electoral Commission That list was only made available in the afternoon of the next day allowing publication in the Gazette but not in a local newspaper by way of extraordinary publication because by then, most newspapers had closed for the day. This resulted in the first publication in a newspaper becoming available on the morning of Saturday, 21st May 2016. That publication date meant that if the original nomination date of Friday, 27th May 2016 had been kept, candidates may not have had the seven (7) days prior to Nomination Day.

“Consequently, it became necessary for the Governor General to send to the Chief Elections Officer amending writs to correct the date for nomination day. It must be noted that the law permits the date for Nomination Day to be changed. But, as I have indicated the law does not permit or allow a change of the date for the General Election except in specific and restricted cases of emergencies. Therefore, in the circumstances, Saturday, 28th May 2016 became the only fair and available date to hold nominations and Her Excellency the Governor General issued the amending writs accordingly.