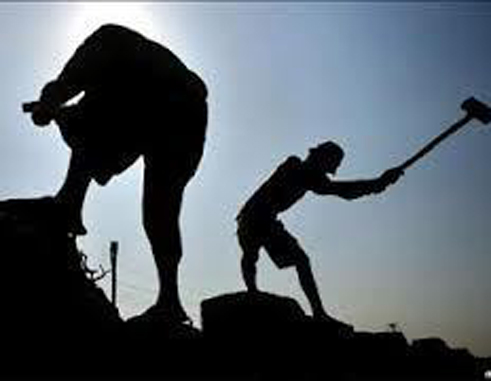 THE Department of Labour in collaboration with the Ministry of Tourism, Heritage and Creative Industries, the Trade Union Federation, the National Workers Union, the Civil Service Association and the St. Lucia Employers Federation have this week been engaged in a series of activities leading up to the celebration of May Day.

The week of activities was held under the theme: Workers – Key to Economic Development.

Some of the events planned and so far executed for the week include a series of one hour talks to the form four students at secondary schools around the island. The final set of talks were given Thursday to students of the Choiseul and Soufriere Secondary Schools.

The presentations to the students were focussed on the “Role of the trade union movement in economic development” and were delivered by representatives of the various trade unions and officers from the Department of Labour.

Some of the other activities for the week included participation in radio and television call-in programmes through which representatives from the trade unions, the employers and the Department of Labour addressed a range of issues important to workers.

A radio and television address by the Minister for Labour Dr. Robert Lewis was broadcasted on Thursday, in observance of “World Occupational Safety and Health Day” as declared by the International Labour Organization (ILO). The Minister also used this address to speak to workers ahead of the observance of May Day.

Activities to celebrate May Day culminates with an afternoon of musical entertainment at the Serenity Park from 2:30 p. m. until 6:00 p.m. on Monday. Music will be provided by she NS Band while there will be performances by artistes Garner and Savion.