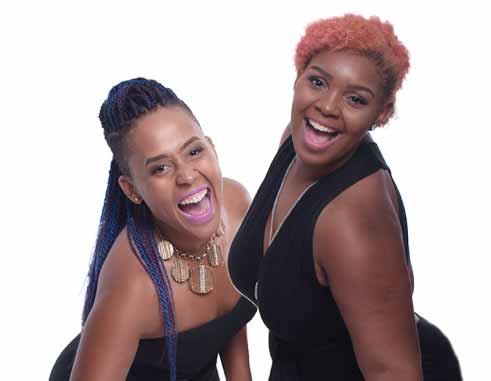 IN many cultures, the lotus flower symbolizes beauty, new birth, unity and liberation. With these core values in mind, Shanne James and Chela Mendes opted to use the lotus as the embodiment of their characters, and the talents that they both possess. The vocal duo has graced the stage at several national events including the 2016 St. Lucia Business Awards.

Shanne James began singing at the age of seven under the direction of her aunt Deanna Clarke, as well as renowned opera singer Blaise Claudio Pascal. Her passion for music echoes in every note she sings. Her infectious personality and celestial voice keep her audience in the zone.

Shanne has performed at annual Christmas concerts hosted by Celestial Voices (formerly The Methodist Youth Choir), the Miss Saint Lucia World Pageant (2012), Chamber of Commerce Awards (2013, 2014 and 2016), and the Saint Lucia Jazz and Arts Festival (2014 and 2015).

She dedicates her time to furthering and developing her talent, and consequently taking advantage of as many opportunities to showcase her talent. Shanne is looking forward to lighting up the stage at Jazz Sampler 2016.

From television hosting to radio stints, she is nothing short of dynamic. Chela credits her favorite Walt Disney movies for helping her discover her love for music and singing. As a child, she recalls being obsessed with singing along and dancing to these movies.

In her teens, Chela became a member of the St. Joseph the Worker Parish’s Youth Choir at Gros Islet Catholic Church, where she began developing her craft.

In 2007 she placed third overall in her first take at the Inter-commercial House Calypso Competition. Chela was thrilled to work alongside one of Saint Lucia’s greats, Barbara Cadet, as a back-up vocalist during the 2015 Jazz Season.

With some iconic Saint Lucian musicians such as the late Carlos Mynns, Blaise Pascal, and Martin‘Jaunty’Regis in her bloodline, it is clear that music runs through her veins!

This year, Chela performs with her friend Shanne at The Jazz Sampler as LOTUS.

Keep your eyes and ears open as Chela looks to make her mark!