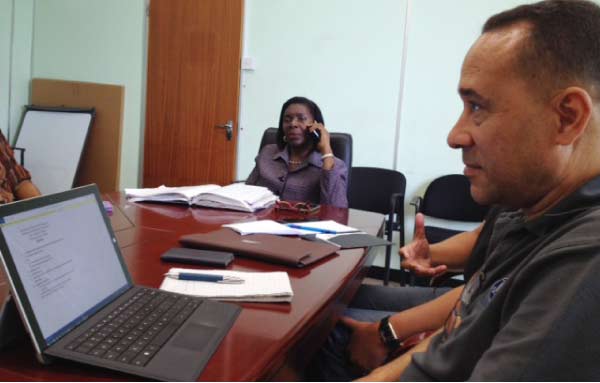 THE St. Lucia Chamber of Commerce Industry and Agriculture has expressed concern about unemployment levels in St Lucia, especially among the youth, and has called for national dialogue on the matter.

The Chamber made its concern know during a recent meeting with Commerce and Investment Minister Emma Hippolyte, one of a series planned with key officials of the government to ensure relevant matters that may affect its members are addressed.

Members of the Board of Directors met with Minister Hippolyte to discuss the economy and “Ease of Doing Business”.

According to a Chamber statement, the Chamber and the Minister examined progress on the Ease of Doing Business and agreed that while some progress had been made there still was not sufficient aggressive action in some crucial areas.

“The Customs and Excise Department came in for praise, but the fact that little progress had been made on the important Single Window objective was disappointing”, the statement said.

The Minister gave an update on the work of the Ministry over the last few months where some changes to the structure had been approved by Cabinet, specifically the merging of the Small Enterprise Development Unit and the Trade Export Promotion Agency.

The statement added: “The Chamber raised concern over the high level of unemployment in the country and called for a national dialogue on this serious matter which affects the youth disproportionately. The Chamber also called for structural reforms including tackling the education system to improve outcomes and performances.

“Other subjects discussed in the two hour long meeting included, Chamber proposals for amending VAT, the poultry industry, Article 164, the Trade Licence Regime and the problem of vagrancy in the country which the Chamber agreed to lead the discussion on finding a human approach to dealing with this bothersome and socially unacceptable situation.

“The parties agreed to have follow up discussions and redouble efforts in making progress on “Making it Easier to Do Business in St. Lucia.”