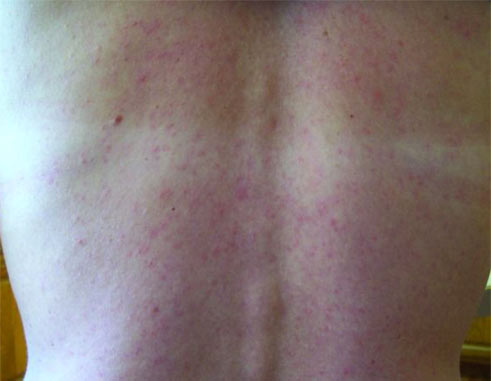 ZIKA, like Chikungunya in 2014/15, is historic as only rarely does a new disease emerge and spread through a population. And CARPHA (Caribbean Public Health Agency), like CAREC before, has a major part of its mission as the discovery and monitoring of the spread of new diseases, with the support of health workers who are on the front line, the laboratories, and regional airlines which cooperate in transporting diagnostic specimens from our 24 member states.

Zika shows that while heart disease, diabetes and cancer are the main causes of preventable death and health care costs; that we can never let our guard down where the infectious diseases are concerned. And that this is particularly so in our very tourism-dependent region. That’s why CARPHA is working closely with CDC, PAHO, with Public Health Agency Canada, and with the Caribbean Tourism Organization and Caribbean Hotel and Tourism Association to face this challenge.

As a new disease in this population, it’s not completely clear how it will behave. The situation is rapidly evolving as new information comes to light. In terms of context, we already have Dengue fever — for generations, and ChikV. We also have Leptospirosis and Malaria, in some countries, which can have similar symptoms to Zika. Doctors and health workers need to consider these possibilities when seeing patients with Zika-like disease.

While the disease is new to this region, we can see that it is spreading in South and Central America. And as with ChikV, we have good conditions for spread in the Caribbean: we have abundant mosquitoes; a lot travel and movement; and a completely susceptible population.

Zika virus is a mosquito-borne virus disease that was first identified in 1947 in monkeys in the Zika forest in Uganda, hence the virus was named “Zika”. The virus was relatively unknown until 2007 when large outbreaks occurred in several islands of the Pacific Region. Zika virus entered the Americas in 2014 when the first local cases of transmission were detected in the Chile.

In May 2015, local transmission was reported in Brazil and since then Zika virus has been spreading in countries and territories in the Americas and the Caribbean.

As of Tuesday, we are aware of 22 countries and jurisdictions in the Americas with Zika virus cases, including four CARPHA member states – Guyana, Barbados, Haiti and Suriname. South of us, Brazil, French Guiana, Guyana, Venezuela, and Colombia. In Central America, several countries are affected. Martinique and Puerto Rico are also affected.

Most people with Zika infection have little or no symptoms. The main symptoms are muscle aches and pains, fever, headache and rash – often itchy, joint pains, and conjunctivitis/redness of the eyes. The rash often starts on the face and then spreads throughout the body.

Of note are the unusual increases in two conditions associated with the increase in Zika, which are driving concerns about the disease:

First in microcephaly – babies born with small heads, in mothers who got Zika in pregnancy, especially the first three months. During 2015, Brazil detected a 20-fold increase in cases of microcephaly, with some 3,500 cases of microcephaly reported compared to approx. 150 /year normally. (If these numbers were applied to the Caribbean overall we might be looking at some 300 cases, and in TT, about 20 cases, to help give some perspective.)

Second is a significant increase of patients with Guillain–Barré syndrome (GBS). This is a rare nerve disorder that causes muscle weakness and even limb paralysis. While most people recover in weeks/months, in severe cases life support may be required if muscles for breathing are too weak.

There is no specific treatment, vaccine or preventive drug. Treatment is for the symptoms. Persons infected with Zika must avoid being bitten by mosquitoes during the first week of illness when virus is in the bloodstream and mosquitos can spread the disease to family or friends.

Physicians or health care workers who attend to Zika virus-infected patients should protect against mosquito bites by using insect repellent and wearing long sleeves and pants. Health facilities where many patients may be present must be kept free of mosquitos.

For pregnant women and women intending pregnancy in areas where Zika virus is circulating, it is recommended to take extra precautions to avoid contact with the vector (repellent, screens, long pants and sleeves) and to be extra vigilant to reduce any breeding sites in and around the house.

The issue of mosquito or vector control therefore plays an extremely important role and is not just the responsibility of government. All of us have a responsibility to reduce /eliminate breeding sites. Health facilities, hotels and tourism facilities, ports of entry, and schools are among the key sites for ensuring mosquito control.