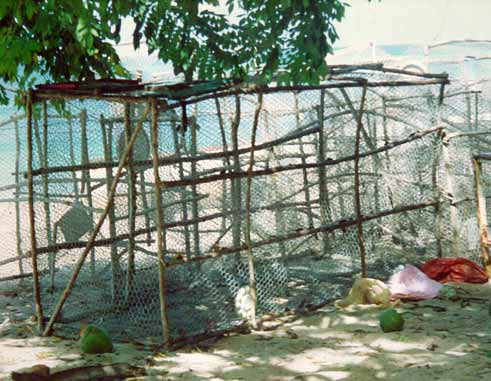 THE temporary closure of the purchasing department of the Vieux Fort Fisheries Complex because of maintenance work, is seriously affecting the livelihood of fishermen there.

The work which is being carried out by the Japanese, involves the replacement of equipment.

The department which was closed a week ago is expected to remain closed for about a month.

The situation has resulted in fishermen selling their fish to fish vendors at lower prices than the complex buys from them. It has also caused some fishermen to stop going to sea until the work is completed.

However, the complex has given the fishermen the option of selling their fish to the Dennery depot, but according to the fishermen this will be an additional cost to them.

The situation is compounded by the temporary halt in the manufacturing of ice, also due to the maintenance work.

“Right now we make less money because we are forced to sell our fish to vendors at a cheaper price than what the complex buys from us,” Albert Edmund, a fisherman of Vieux Fort told The VOICE.

He added that travelling to Dennery to sell was an additional cost to fishermen, especially if they do not own a vehicle.

According to Edmund, the situation has forced fishermen to cut back on the length of time spent at sea because of the difficulty in getting ice to keep their fish fresh.

“We have to be leaving all the fish in the sea…” he lamented.

Billy Joseph said: “The complex has chosen the wrong time to do the work…because we are in the fishing season and this is the time we make a little change.”

He added that the complex should take their situation into consideration when deciding when to do the maintenance work, since they are aware of the difficulties fishermen encounter making a living.

“It will cost me too much to go to sea now…I rather wait until work is completed on the complex,” another fisherman said

This is the first time the purchasing department of the complex has been closed due to maintenance work, since its construction in 2000.