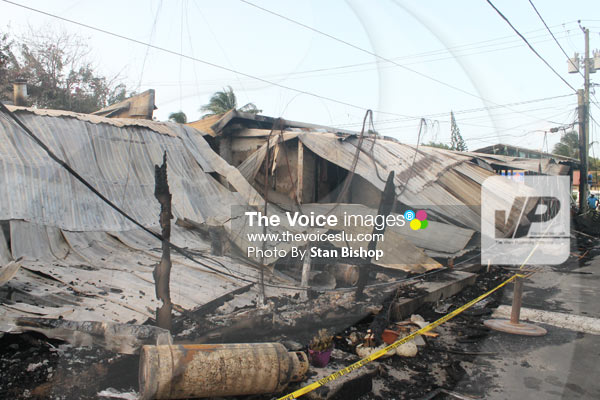 BUSINESSMEN are counting the costs after a fire razed the buildings from which they were operating at Rodney Bay on Tuesday morning.

Several buildings housing popular restaurants like Matthew’s Bar and Q Bar and other catering establishments that make up a section of the bustling Rodney Bay area were affected by the blaze which was spotted sometime after four o’clock in the morning.

Fire fighters were quickly on the scene and were able to contain the blaze. Yesterday, the management of Matthew’s expressed thanks to all who assisted in the fire fighting operation. A message said: “Massive thanks to all…the support it has been overwhelming and St Lucia, we will be back in the next few weeks”