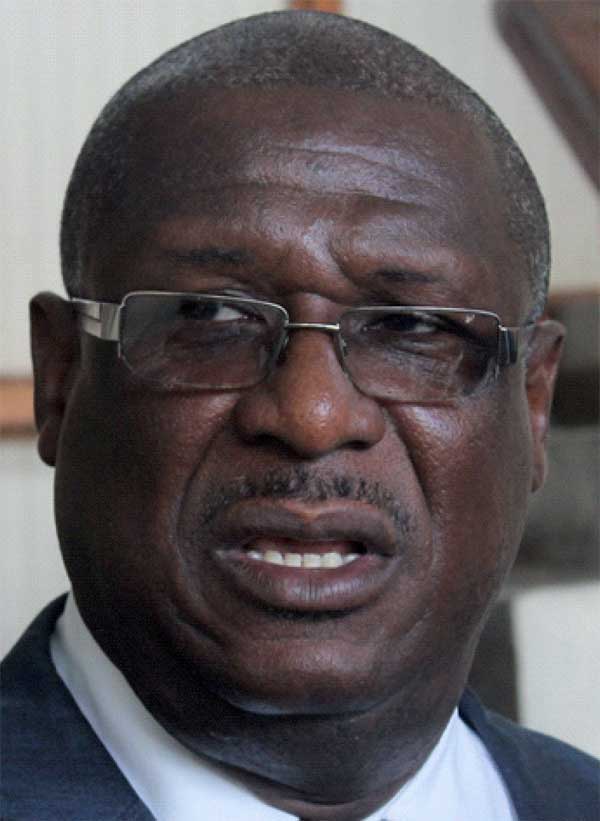 THE EDITOR:
I finally lost any respect for Stephenson King on Wednesday evening. Watching the News on CHOICE TV, the former UWP leader was seen making a lengthy statement about a letter sent to party leader Allen Chastanet by some members of the party in an effort to heal the rift within the party. That’s what CHOICE reported.

In the statement, King made some really amazing claims including the one that there were people in the party of the view that Chastanet could not lead the party to victory in general elections. At no point did we hear a CHOICE reporter asking King about the origin of that conclusion.

Most surprisingly were the other persons calling for this meeting with Chastanet: Mary Polius, Rufus Bousquet, Keith Mondesir, Claudius Preville and Spider Montoute.

All this is coming days before the party convention when Chastanet is prepared to face another challenge to his leadership. He has already smashed two previous contenders including King. He has led two successful protest marches against the government; he has put some serious pressure on the government that has forced it to re examine some of its policies, and yet King is telling us that Chastanet is not the man to lead the party.

Interestingly, neither King nor his misfits have told us who should be the one to lead the party. Is it King himself who was responsible for the disaster that befell the party in 2011. Is it Bousquet who has caused the UWP a lot of public embarrassment in the past? Is it Mondesir?

King has not been in the forefront of UWP activity for some time, so why is he now coming out as some kind of peacemaker? And who caused the rift in the UWP? Is it Chastanet? What did he do to cause this rift?

Are these misfits saying that the UWP should abandon its plans for next Sunday’s convention. This is why I say I have lost respect for King because this proposal makes no sense whatsoever.

It is obvious that King DOES NOT WANT to remain in the UWP despite his statements to the contrary. In fact, his boss Tori Fatal has already said that he will not contest elections with Chastanet as leader so she not get out and allow the party to go ahead with its business? But tell me, who in their right minds will come forward and support a UWP in an election that includes these misfits, with Tori in the background?

If King and his followers felt the way they do why have they not remained and challenged Chastanet for the leadership one more time? In fact, the news is that King actually declined nomination, so why is he now calling on the party to dump a leader that has been twice democratically elected by with an overwhelming majority.

I am surprised that Chastanet has to hold discussions with these back stabbers. He ought not to be giving them the time of day. They are the ones with the problem, let them resolve it on their own. It’s time for the nonsense to stop. There is an election to be won and these clowns seem determined to hand it to the Labour Party so that it can continue oppressing the people for another five years. Chastanet must assure UWP supporters that after this convention, the decks will be cleared once and for all. This farce has gone on a little too long. Get your slate of candidates minus the misfits and begin to begin the march forward. Then the UWP will be united. It is time to let King and company go their way.