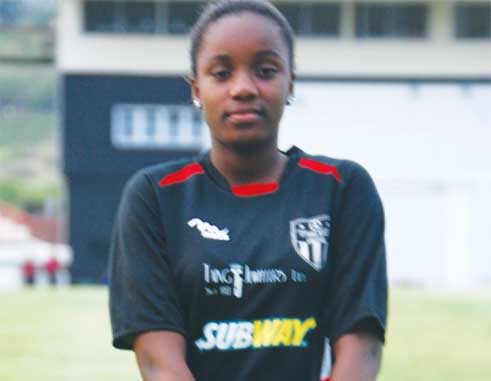 A mammoth 49 goals were scored in 12 matches played in the second week of the 2015 ECFH / LUCELEC tournament last weekend at the SAB Playing Facility and the Marchand Grounds. The highlights of week two was a 12 – 1 win for Super J Northern United over Ciceron Seagulls, a 6 – 0 drubbing by Big Players against Flow Lancers FC.

Home team Big Players defeated Flow Lancers FC 6 – 0. NasValcin was the man of the match as he scored four goals including a well taken penalty kick. There was a goal each for Mervin St. Romain and Donavan Phillip.

GMC United secured a comfortable 3 – 1 win over VSADC. Kegan Caul was once again on the score sheet as he gave VSADC a 5th minute lead. However, in a similar pattern from their previous encounter the VSADC under – 13 was unable to hold the lead and conceded three unanswered goals. GMC United’s goal scorers were Zydan Francis, Christian Regis and Jeremiah Justin.

In under – 15 action on Sunday, FC Pioneers defeated Trois Piton 3 – 1. Trois Piton opened the scoring in the 9th minute thanks to a strike from RomainCadette. However, this lead was short lived as Kidany Joseph and Alano Charles responded for FC Pioneers with goals in the 20th and 23rd minutes respectively. Joseph completed his brace with a second half effort to give FC Pioneers the victory.

VSADC and Super J Boboville played to a 2 – 2 draw. The VSADC team featured Vionce Weekes the daughter of former national player Victorine Weekes. VSADC took a lead midway through the first half thanks to Vincent Jeffers but four minutes later DanzelBiscette equalized for Super J Boboville. VSADC soon found themselves 2 – 1 down shortly after the half time interval when Cyrus Hubert converted for Super J Boboville. Again this was a short-lived lead because five minutes later Kervon Gordon levelled the scores and the teams had to share the points.

Valleys Soccer Academy registered a come from behind 2 – 1 victory over Roseau Valley. Roseau Valley took the lead in the 34th minute thanks to a converted penalty by Shamel Gilbert. Two minutes later TurjardStava scored for Valley Soccer and the comeback was completed in the 60th minute courtesy of a goal from Jalen Peterkin.

In an under – 17 match GMC United and VSADC played to a 1 – 1 draw. VSADC took the lead in the 25th minute thanks to Naveed Joseph, but Zanaki Pierre Louis salvaged a point for GMC United with an equalizing goal in the 62nd minute.

Big Players edged out NYAH 1 – 0. Shermond St. Ange got the lone goal of the match in the 49th minute.

In under – 19 action FC Pioneers were looking to bounce back after having suffered a heavy defeat in their opening encounter when they took on Sunrisers FC. Pioneers exhibited better team play and entered the half time down by the slim margin 1 – 0 thanks to a goal from Kester Charlemagne. However, the second half once again saw a drop in the defensive efforts of Pioneers as Sunrisers scored two more goals from the boots of JeannakiAbedard and Jade Jeremie. Brandon Charles got the consolation goal for FC Pioneers.

City rivals VSADC and NYAH squared off in another under – 19 match NYAH emerged victors with a hard fought 1-0victory thanks to a first half goal from Eldon Moise.

Meanwhile, the showpiece will continue today and tomorrow with matches in all age groups at the SAB Playing Facility and the Marchand Grounds from 9:00 a.m. on both days.