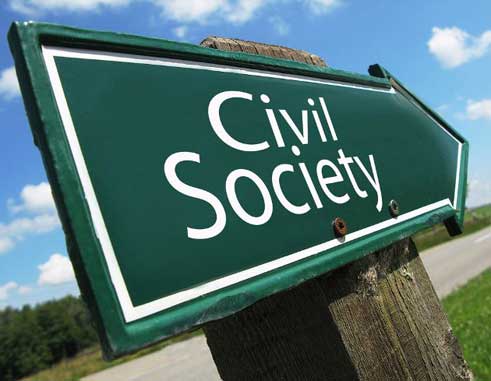 ALTHOUGH civil society in Saint Lucia has long been perceived as weak and factionalized, the rapid decline over the years in civic engagement and personal social responsibility is perhaps both a reflection and an indication of the dwindling social capital of civil society, even as its size continues to expand. Across the Caribbean, even the discussion of the nature and role of civil society has often been obfuscated.

No way to develop a nation
It would appear that rather than a potent and progressive society bolstered by vibrant institutions and responsive social structures, we now have a patchwork of interest groups espousing race-to-the-bottom ideas that instigated and promote division, distrust and partisan animosity among our people – creating a rift through (and in some instances destroying) families, institutions, groups, clubs and communities. Undeniably, it is a political chasm that is widening every day, limiting society’s ability to both objectively address its shortcomings and establish procedures for securing whatever resources they require. Is it any wonder that nation-building has become difficult in such an environment of political tribalism and polarization?

To a large extent, the way in which civil society functions will influence all the patterns of social ordering and cultural ideas that comprise it. Alas, due to the institutionalization of a dominant political culture handed down as social heritage and engrained within our national psyche, community solidarity over the years seemed to have been eroded and all sense of civility evaporated – the cultural impact of which is profoundly unsettling.

A new strain of civic influenza
A momentary snapshot of civil society reveals a picture of a nation that has become angry and selfish – often demonstrating blithe indifference to the opinions and feelings of others. Many gloat over the misfortunes of other people and haven’t as yet learned to respect life, limb and property. Everywhere you turn, a new strain of civic influenza seemed to have taken hold where towns and villages are viewed as a collection of rugged individualists and navel-gazers who would rather invest their time in projects that promise direct benefits to them and their families, rather than the common good. Even on the ecological front, I am still very much dumbfounded at the level of disrespect and disregard shown to the environment by the shameless purveyors of litter. Where is our civic pride? Where is the respect for a place we call home?

A house divided against itself
On the face of it, political groups appear to live side by side but do not touch – breathing new life into the adage “a house divided against itself cannot stand”. Since independence, the rapacious beast which we call party politics, has fed off the ignorance of a half-literate society with pockets of poverty and deprivation. Sadly, we now view almost everything through the lens of political factions. In effect, we may have already moved from a civil society to a political society. A case in point is the manner in which we promote and advocate the rights of women in this country. Why can’t we vocalize women’s issues through a bona fide umbrella organization rather than through the separate arms of political parties? Wouldn’t such an idea better assist in the advocacy of women’s rights and the promotion of gender equality – causes I passionately believe in?

Criminal justice
As Edmund Burke observed, “Justice is itself the great standing policy of civil society”.

In many ways, what continues to seriously undermine our swooning civil society is an overstretched and inadequate justice system too weak to uphold the rule of law and a demoralized police force unable to prevent or resolve even the simplest crimes. Consequently criminals have been emboldened to commit more vicious crimes such as robbery, rape and murder, further contributing to the breakdown of civil society. On account of ineffective laws and deterrents, street gangs have metastasized in our capital city and beyond.

I have mentioned before that we need to better understand what is really happening on our streets – otherwise we as a society stand in danger of losing yet another generation as they plunge through violence and criminality to hopelessness and despair. Action on strengthening families, tackling educational failure, reforming welfare, ending drug and alcohol addiction is foundational to mending our broken society. Without a reversal of the social breakdown and disorder that characterises life in deprived communities, we will continue to see wasted generation after wasted generation.

Social justice
Many sociologists now believe that the relationship between a robust civil society and social justice is not merely correlational but causal. In fact there is consensus that the fundamental crisis of social justice is rooted in leadership, management and persistent self-centeredness. When was the last time you heard civil society advocating for good social and community leadership – the kind that puts the interest of the community or society as a whole before those of any specific group? It is therefore the responsibility of civil society to drive action and change through its potential to influence leaders and its ability to transform the thinking of its membership. Now I am not saying that the constituents of civil society shouldn’t support political parties and push for more political education. In fact, it’s their right to establish ties to political parties and the State, but they must retain their independence and freedom to criticize governments.

A vibrant middle class
As I have argued before, countries with strong civil societies remain stable in times of social change and socio-cultural evolution, and also do better over time. Moreover, a dynamic civil society needs a vibrant middle class to engender economic stability and to be the driver of democratic change and the backbone of democracy. A strong middle class supports inclusive political and economic institutions, which underpin economic growth. Further, the strength of a society can be measured directly by the strength of its middle class, which usually translates to better governance, increased corporate social responsibility and greater spending in social sectors such as public health and education. Hence, we shouldn’t discount the role the middle class plays in the emergence and consolidation of civil society.

If we want our nation to achieve its aspirations, we as a people will have to build and strengthen a society that looks at and fights against social injustice, poverty, income inequality, poor housing, lack of adequate mental health provision and family support. We have to begin to build national institutions and movements that are able to negotiate, and in some cases, renegotiate the relationship between society and the State. By asking the right questions and acting as a communal unit, citizens can more effectively lobby the government and mobilize resources in an effort to help fight poverty, promote transparency and reinforce social and economic rights.

Educated, cultivated and cultured
Lest we forget, development is a mindset needed in the pursuit of personal advancement and social transformation. It is a matrix which shapes our weltanschauung and fosters democratic dynamism in our important social institutions. If we are to strengthen civil society’s collective defences and character, we’ll need to further improve and develop our social and education systems to produce citizens who are not only educated, but also cultured and cultivated. Joe Biden captured the essence of civil society when he said, “No fundamental social change occurs merely because government acts. It’s because civil society, the conscience of a country, begins to rise up and demand – demand – demand change.”