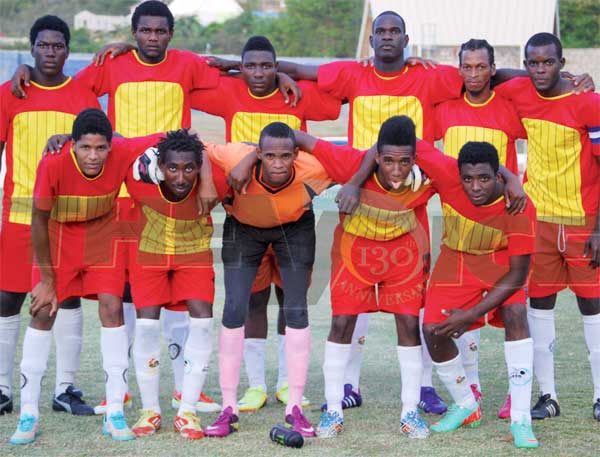 HUNDREDS of football fans are expected to converg at the Soufriere Mini Stadium to witness a triple header this evening when Blackheart Production / St.Lucia Football Association Promotional matches continue.

The matches at the Soufriere Mini Stadium will, Also be a fund-raiser by organisers Blackheart Productions / SLFA and the Soufriere Football League, also plan to make a contribution to the Dominica relief effort after that island was ravaged by Tropical Storm Erika.

“After remembering Hurricane Tomas in 2010 and the Christmas Eve Trough in 2013 and the damages done to Soufriere belt when they too were flooded out and realizing now what has happened to Dominica we have seen it more than fitting to make a contribution. We from the Blackheart camp will make a contribution from the gate receipts and bar”

He continued, “We are collaborating this effort with the St.Lucia Red Cross and the Soufriere Football League. Next weekend in Marchand we will be doing a similar initiative. We are asking football fans coming to take in the showpiece at the two venues mentioned to bring along something tangible (clothing or a non perishable item). Following the games whatever is collected will be handed over to the Red Cross officials”.