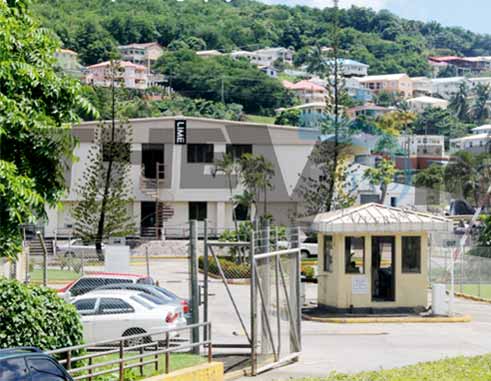 INDUSTRIAL action by LIME employees that resulted, among other things, in the disconnection of the police emergency number 999 has ended.

The line came back in service at the same time LIME workers returned to work which was at 1:30 yesterday afternoon.

LIME employees went on strike Monday and the emergency number immediately went down making it appear a casualty of the workers’ action.

Police Tuesday confirmed that the emergency number was down and that they were awaiting word from the service provider, LIME, as to when it would be back in operation.

It was thought that with industrial action plaguing the company at the time police could experience further delays in getting its emergency line reconnected.

However, this was not to be, as just before press time yesterday the number was called by this reporter and picked up on the other end by a police officer.

They, along with their trade union representative, the National Workers Union (NWU) were prepared to go the long haul if the decisions arrived at during a meeting among Labour Commissioner Ray Narcisse, Labour Minister Dr. Robert Lewis, the NWU and shop stewards did not produce the desired results.

That meeting took place yesterday and was fruitful in that employees returned to their workstations that same day and the company decided to send in their counter-proposals tomorrow for the commencement of negotiations regarding the collective agreement which expired in March of this year.

This was the next step in a scenario the NWU had already described as “drawn out” after meetings with Narcisse and the company did not produce the type of results expected.

Employees, prior to this week, were calling on the company to sit with them to discuss the proposals contained in the collective agreement, which were sent to the company by the NWU last December.

The NWU seemed quite adamant when deputy President General Solace Mayers declared: “We plan to stay out until the matter is resolved”.

It was agreed yesterday that the NWU, shop stewards of LIME and LIME management will meet tomorrow to begin serious negotiations and settle whatever differences they may have had.

Of crucial importance to employees is a proposal in the agreement that speaks on the merger between LIME and FLOW and the impending redundancy of some employees this will cause.

Increasing the fears of workers is the talk emanating from within the company that some employees may be sent home as of next month.

The NWU is calling on the company to complete negotiations on the collective agreement and hold talks with employees regarding its redundancy plans, if such plans do exist, and to hold those talks in good faith.

With respect to the merger the NWU has accused LIME of not negotiating with it in good faith. The merger however has yet to go through. Negotiations are still ongoing between Cable & Wireless (St. Lucia), which is LIME’s parent company and Columbus Communications (St. Lucia) which is FLOW and the Eastern Caribbean Telecommunications Authority (ECTEL).

The engagements are to address the impact of the merger, according to ECTEL, which wrote Cable & Wireless with proposals for modifications of its existing licences in order to address a number of potential negative impacts of the merger here and in ECTEL member states.

The parties met last July to discuss these matters. The advent of a merger between LIME and FLOW has pushed the Council of Ministers of ECTEL Member States to agree that ECTEL would have to collaborate with the OECS Commission in Saint Lucia to alert the governments in the Member States of the impact of the merger on other sectors of the economy, and in particular, on employment and deployment of specialist technically trained professionals.