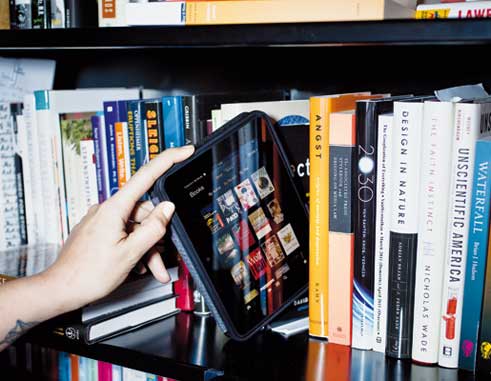 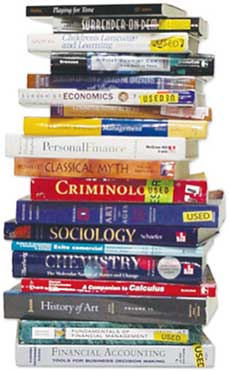 “THE fundamental battle that we must wage is the struggle against our own weaknesses and contradictions.” – Amilcar Cabral

Even as you read this article, many Saint Lucian parents still cannot find a copy of at least one of the textbooks their children need for school. Despite the booklists not being changed this year, it seems that the demand for textbooks always outweighs supply. The jury is still out on whose shoulders blame should fall as the excuses from many quarters keep piling up on the bookshelves.

Inasmuch that government does seem to try its best to modernize the school plant, some relics continue to be staples, if only to have parents shelling out hundreds of dollars in frustration to acquire them. Such is the case with procuring textbooks, even when the booklists don’t change.

As many parents can attest, the cost of textbooks can be a financial burden, especially when students are forced to take various subjects, some of which require more than one textbook. Multiply that by the fact that some parents have to purchase textbooks for more than one child and you can well imagine why the need for children to take education seriously should not be treated as a cliché.

Over the years, successive governments have made some effort to introduce a system in public schools whereby students would pay a small fee to rent the full batch of textbooks they need for the school year. Optimally, this is how that system works: students get to keep the textbooks for a full school year, returning them at the end of that period. Should any of the textbooks be damaged or lost while in the students’ care, they would be required to either replace the textbook or pay for it before being issued a new batch of textbooks for the new school year.

Sounds simple, right? However, it seems easier said than done for successive administrations that have failed to introduce the book-renting programme in schools. Like the textbook pages, the excuses for not introducing such a programme are heavy, obsolete and voluminous. Excuses range from new editions of textbooks being printed annually to feasibility studies being necessary before such a programme is rolled out. They say “formality” and I say “delay tactics”.

So every three to five years, parents can expect to shell out hundreds of dollars to buy textbooks that cannot be transferred from one student to the other after a few years. Meanwhile, publishers – and their cohorts, it seems – continue to cash in on the cash that parents barely have to put out, anyway. Apparently, not every difficult situation affords us the opportunity to become creative.

In August last year, I got a few arrows shot my way when I had the gumption to suggest via this very column that the time was ripe for us to go the way of e-books. Many felt I shouldn’t have turned that page when I said that the Ministry of Education should go through the booklists, see what textbooks are being recommended for the curriculum and make arrangements with the publishers to sell them the access codes for the subjects to the students who would just need an electronic device such as a laptop, tablet or desktop computer. The printing costs associated with textbooks would reduce drastically and the e-book format would be more cost-effective.

As far as I’m concerned, the fact that we concentrate on equipping our school children with free laptops at the secondary school level – which I applaud – we need to go the extra technological mile by equipping them with the curriculum via that means as well. The age-hold slavery of students carrying bulky books on their backs can finally be abolished as well.

A year on since my article, nothing much has been done in that regard. Not that my idea was purely original, anyway. In fact, when the Antigua and Barbuda government distributed Samsung Galaxy tablets with 4G LTE connectivity to nearly 900 second third form secondary school students in November 2013, then Registrar of the Caribbean Examinations Council (CXC), Dr.Didacus Jules, chimed in on the ceremony via Skype with this gold nugget:

“CXC Notesmaster portal is preloaded on the tablets. And we have frankly been challenged by this initiative to go further than we would have initially been prepared to go, by converting our study guides into interactive e-books so that the (student’s) tablet can become their school bag and library.”

Dr. Jules left CXC soon after making that remark, but something tells me that the seeds he would have planted there regarding the e-book idea might flourish and a few leaves of that progress would fall Saint Lucia’s way. Who’s to say that with his new post as OECS Director-General the OECS will not go that route soon?

Even former Prime Minister Stephenson King chimed in on the e-book debate last week, telling reporters outside Parliament that the anachronistic textbook dilemma warrants “a national conversation” that would lead to “a national policy” to deal with the problem.

“I believe we may very well want to consider the abolition of textbooks at schools and start looking at technology and how we can provide our kids not just with laptops but also Kindles,” King said. (We can) download text materials on those Kindles at less than the price that we see them pay for schoolbooks.”

King is absolutely right. What’s wrong, however, is that his previous administration – like the current one – has not seen it fit to introduce either the book-renting scheme or the e-book system. I fear we’re going to continue passing the buck so much that it’s just going to turn into Euros.

I can already hear the argument again that I heard last year that not all students would be able to adapt to the technology. Apparently, a feasibility study on the e-book approach has determined that much. But I’m not one to underestimate any child’s talent, especially in an age when my nine-year-old daughter already knows how to send me WhatsApp messages and teenagers are being challenged by our Prime Minister to invent the next innovative app.

If you asked me, the school plant could do a lot better with some advances in modern technology. But unless the policymakers don’t see it fit to bring the school plant’s standards as close as possible to the cushy working environment enjoyed by many public servants, we will just have teachers preaching to the already-converted who have no choice but to learn the correct and modern way of doing things albeit away from the classroom.