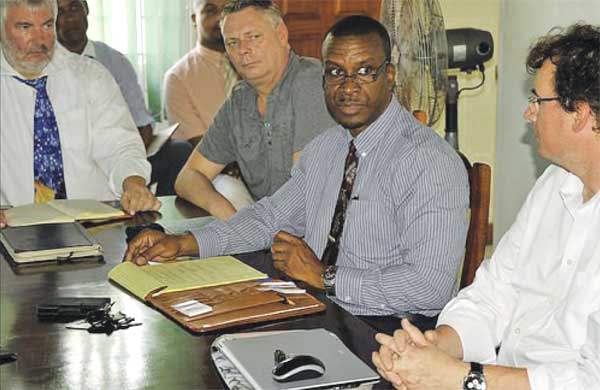 THE dredging fee of 10.43 percent that was attached to a hike in water rates in 2013 will only be used for the dredging of the John Compton Dam.

The National Water and Sewerage Commission pointed this out in a document that outlined the conditions for managing the fee.

Public interest in the fee rekindled recently when its two year duration expired last month and the water and Sewerage Company (WASCO) Inc. asked the Commission for an extension of the fee, providing documentary evidence in support of its request.

With approximately EC$11 million in the dredging fund to date and with the Commission presently perusing the evidence supplied by WASCO, there is heightened public interest in this latest development which has caused the Commission to release information to the public that deals strictly with the fee.

The Commission, for instance, is letting it be known that it is WASCO which is responsible for managing the dredging fund, but regulatory oversight remains with it, meaning that it monitors the fund.

The Commission further states that WASCO reports on the dredging fund by providing the Commission with monthly bank statements.

Noting that the funds in the fund belong to consumers, the Commission adds that the dredging fee is a “free loan” granted to WASCO by consumers. That loan does not require repayment but is condition based.

It further noted that the dredging fee shall only be used for the dredging of the dam and that permission must first be obtained from the Commission to utilize the fee for any other purpose.

“The Commission may, in its sole discretion, request the inclusion of other milestones if the Commission deems it to be necessary,” the Commission explained, adding that this project plan must be submitted upon completion of the John Compton Dam Se-silting and Rehabilitation Study.

Quarterly reports detailing the progress of the dredging project as well as sums added to and disbursed from the Dredging Fee Account are to be submitted by WASCO to the Commission within 45 days following the end of the final month of the quarter. Additionally, an annual progress report must be submitted at the end of the first quarter of each financial year, together with the annual plan for the dredging project.

Also, monthly bank statements for the Dredging Fee Account must be presented to the Commission by WASCO.

The Commission explains that all contracts or other formal agreements related to the dredging project which could result in financial obligations, in excess of EC$2500.00, from the Dredging Fee Account should be submitted to the Commission for its “no objection” prior to the execution of the contract or agreement. A schedule of payments must accompany the contract submission.

In addition to these required submissions, the Dredging Fee Account shall be subject to an annual audit by an independent auditor to be approved by the Commission. The audit shall be financed by WASCO.