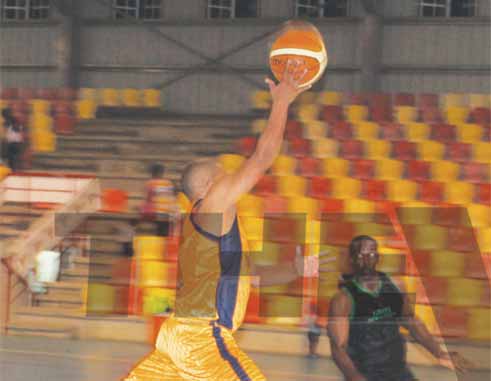 Meanwhile, the playoffs have not started yet, but it was definitely a win or go home situation this past weekend as multiple teams were playing to secure their positions in the post season.

In Game 1 out of Group B, The Inland Revenue Department Hustlers came up against Lewis Industries and from the tip off it was all business for IRD who never relinquished their lead and cleaned up Lewis Industries by 44 point; 92 – 48. With the win IRD went on to become as the top seed in group B going into the playoffs.

IRD’s offensive onslaught and overall stellar play was led by National League standout and Supreme Bleach Player of the Game Ron Du Murville who recorded a triple double with 30 points, 13 rebounds and 10 assists. For Lewis Industries Johnny Solomon had an honorable effort with 20 points and 8 steals.

In Game 2, from Group A the stakes were high as Undefeated Le Sport came up against the Teachers Union. This was a must win game for the teachers as they were on the outside looking in at a playoff berth which was held by defending champions St. Lucia Fire service. Given the stakes, this game was going to be a dog fight and indeed it did not disappoint.

From the very first whistle both teams showed great poise, strategy and execution; with the Teachers battling back from a 15 point lead in the third quarter. Going into the 4th quarter, the Teachers turned up the defensive pressure on Le Sport because a win would not guarantee them a playoff spot. They had to win by 12 points to secure the number 2 spot which would effectively eliminate the St. Lucia Fire Service from the tournament. 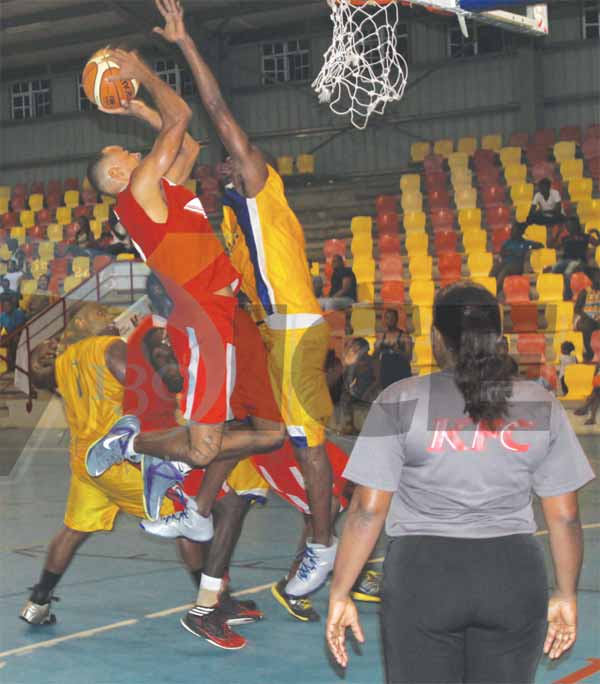 At the final whistle Teachers achieved the unthinkable; not only pulling off the upset, but winning by 13 points ( 62-49) and eliminating the Fire Service. The Supreme Bleach Player of the game was Glen Antoine with an energetic 16 points, 10 rebounds and 6 steals. For Le Sport, Joel Polius, despite being saddled with foul trouble, recorded 12 points and 19 rebounds in the loss.

On Saturday evening, Game 1 was also a potentially elimination game as the Royal St.Lucia Police Force came up against the Ministry of Public Service. To secure a playoff spot the RSLPF would have to secure a win by over 5 points which would eliminate BOSL /ECFH from the competition. At the end of the first Quarter, the game was fairly even with the RSLPF ahead, 14 – 16.

In the second half though the aggressive and physical play of the lawmen overwhelmed the undermanned Public Service team, at the end of the game, the RSLPF cruised to a 30 point lead, eliminated BOSL / ECFH and secured the number one seed in group C. The KFC Player of the game was CaliousDantes who recorded 20 points, 7 rebounds and 6 steals. For the Public Service, Paul Hippolyte had a monster game with 24 point and 19 rebounds in the loss.

In Game 2 and the final game of the weekend, the undefeated Renwick Cosmos went up against the formidable Sandals High Risers. The game was keenly contested throughout three and a half quarters, but midway in the fourth quarter the High-Risers appeared to succumb to fatigue and the opportunistic Cosmos took the lead and never relinquished. The final score was 55 – 49. With the win the Renwick Cosmos secured their position at the top of Group D going into the playoffs. With one regular season game left.