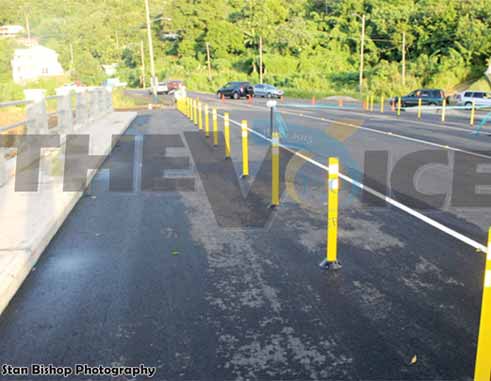 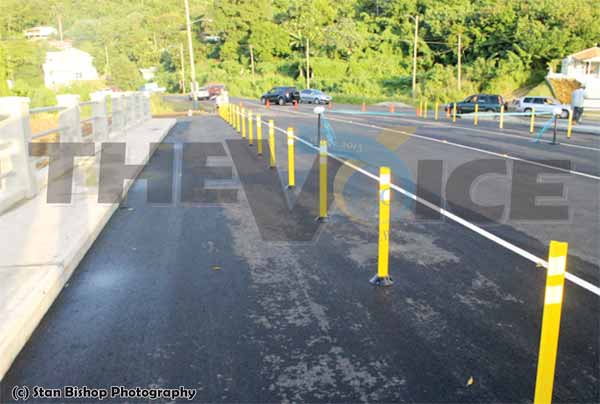 DESPITE several cutbacks being made in the public sector, the $150 million Choc Bay/Gros Islet road improvement and expansion project remains a key spoke in government’s plans to revive the island’s economy.

Prime Minister Dr. Kenny Anthony said last Thursday the project will play a crucial role in providing employment for many Saint Lucians aside from improving the island’s road network. He was at the time responding to reporters as he declared that a comeback was on the horizon for the local economy.

With government’s fiscal situation being limited, Dr. Anthony said government has had to resort to tightening its spending in order to curb expenditure. He said:

“There are some ministries where we have to tighten even more but we have to watch expenditure and ensure that whatever expenditure takes place, that it does so in those sectors that can help the economy (and) can push the economy and is not too directed at consumption,” while, of course, ensuring that we protect the population while the adjustments are being made.”

The introduction of new revenue measures to make up the shortfall was among measures government has had to undertake over the past two years, the Prime Minister said, adding that government continues to control expenditure in the public service “because that is a huge problem.”

“What is driving expenditure in the Saint Lucian economy is really the wages to the public sector and debt payments,” Dr. Anthony told reporters. “With more debt comes more interest payments. Last year, we had to pay off some $65 million in debt. That constrains us and narrows our options considerably. So we need to contain expenditure while allowing for expansion in the economy.”

But given the limited financial space within which government can operate, the Prime Minister seems confident that the massive road improvement works projected for which an agreement was signed last June is a necessity.

“We have to continue the job that we started when we expanded the highway from the roundabout at the top of the John Compton Highway on to Choc, even though we had to contain expenditure then. But the fact that we have four lanes has helped considerably. (But) you have substantial congestion,” Dr. Anthony explained.

As part of the project, the Castries/Gros Islet Highway and secondary roads in Gros Islet will undergo major development works that are expected to be completed by the end of 2018. The loan agreement for the massive project was signed between the government of Saint Lucia and the OPEC Fund for International Development (OFID) on June 29.

The OFID loan amounts to US$18 million. However, the project to rehabilitate 16.8 miles (27 km) of main and secondary roads will be co-financed by the Kuwait Fund for Arab Economic Development.

In effect, the Choc/Gros Islet Highway will be transformed into four lanes and will include seven roundabouts and nine pedestrian bridges. The Prime Minister said the 4% interest rate being offered over a 20-year period for financing the major road project is “a sound investment”.

The major road project has come under fire from many, including the opposition United Workers Party (UWP), who think that given the current economic climate, government needs to be prudent in its spending and also restore many subsidies that have been removed from basic consumer items.

Government came under fire when $11 million was spent on constructing the Bois d’Orange Bridge, which opened last December. While the government said international sources estimated the bridge to cost that figure, many Saint Lucians contend that this cost was exorbitant.

The Prime Minister, however, rebuffed similar criticisms being levelled at the current road project, saying that creating employment and reducing traffic congestion form a significant part of government’s decision to green-light the multi-million-dollar project.

Dubbed by the Prime Minister as being “the largest investment in road infrastructure to date”, the finished product is expected to improve speed and efficiency in doing business in the island’s north.

“We’ve had major contraction in construction because the government, of course, did not have the capacity to raise the kind of revenue. We need to get people back to work and when you are constructing all of these roads – alternative routes from Gros Islet to the city and (vice versa), it means that several contractors will be employing a lot of people to construct those roads…Construction is key to reviving the fortunes of this economy,” the Prime Minister explained.