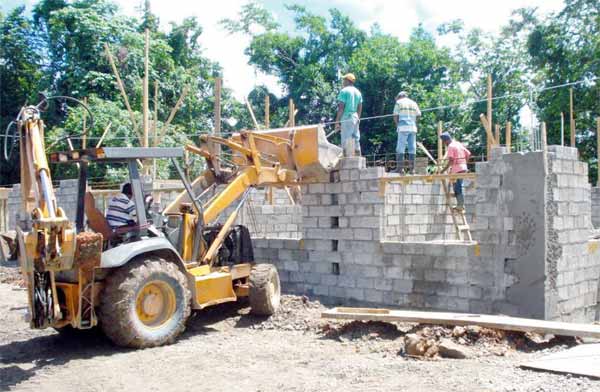 I recently read a report which suggested that Antigua has the fastest growing economy in the Caribbean. It was based on an ECLAC report which was projecting a growth of 5.4 % for Antigua and Barbuda. The IMF had their projection set at 2.1%. Every morning I spend some time reading all the regional newspapers, so I am fairly acquainted with the happenings in most Caribbean States. My reading of that statement by ECLAC only confirmed my suspicion that we have economists at these institutions that are completely out of touch with reality.

I met a good friend of mine who commented on this report and juxtaposed the economic growth of St Lucia to make the point that we have slipped along the way. I vehemently disagreed and advised the individual that the projections by these economists are based on projects that have not started. While Prime Minister Gaston Browne has to be commended for his efforts in attracting investors, those who are involved in construction, know full well the gestation period for these projects. Most of these so called ‘investors’ have no money, and are hoping to sell ‘off plan’ and finance the project from deposits. The few genuine ones will engage in proper due diligence and project development and this can be up to two years.

When an economist begins to project economic growth based on expressions of interest, then we have a serious problem within the region. I have been asking whether St Lucia is now a victim of the excellent Statistics Department that is so well managed by Edwin St Catherine, who in my opinion is one of the finest minds in that field in the Caribbean. I can assure you that none of the projects announced in Antigua and Barbuda would be started before the end of 2015, and none will start until probably the end of 2016.

While successive governments in St Lucia have been criticized for failure to grow the economy, the fact remains that we have been able to maintain a fair degree of stability during this financial crisis. We have not descended into massive layoffs and major strikes, life goes on. One thing I have observed in my reading and interfacing with economists, is their lack of understanding of the construction industry. St Lucia’s economic growth has a causal relationship with the construction sector. I have been making the point that there is no similar relationship with tourist arrivals. Whenever there is a spike in construction there is economic growth, we have been having increases in tourist arrivals and there has been negative economic growth.

When a labourer gets paid on a Friday, the first thing he does, is to go and lime. He will buy some drinks and have something to eat, and then he may go the grocery and later buy something for his wife or children. Once he is confident that next fortnight is another pay cheque, he will spend most of what he has before that next pay day. The money flows very quickly into the economy, that is the culture of the construction worker.

I am predicting that St Lucia’s economy will have significant growth in 2016, and this is based on the construction projects both in the private and public sector being executed simultaneously. We still have not been able to improve on our implementation capacity within the public sector. We are still struggling to get projects started in St Lucia, something that remains a mystery to me. You hear the excuses presented, of the onerous Procurement procedures of the Caribbean Development Bank and the World Bank. In my stint within the government, I had to be acquainted with the Procurement Procedures of the CDB, World Bank, KFAED, OPEC, the then British and French funding requirements. The key is understanding the importance of parallel activities. There is over USD$ 150 million in funding that is clogged in the implementation pipeline of the public sector.

I would recommend that there be a department created within the Office of the Prime Minster responsible for project Implementation, and that there be a Junior Minister with that portfolio. This department will ensure that projects are started and stay within budget, they will have a very strong mandate to move into any Ministry and demand information on projects. The department will outsource the best talent available locally to do its work. This will include design and constructability reviews to reduce the risk of cost overruns on projects due to poor design and contract preparation.

We have to be innovative, and try something new. I would want an engineer to be that Junior Minister, and just maybe Calixte George Jr, a young brilliant electrical engineer, who is also in the Office of the Prime Minister, may just fit the role.