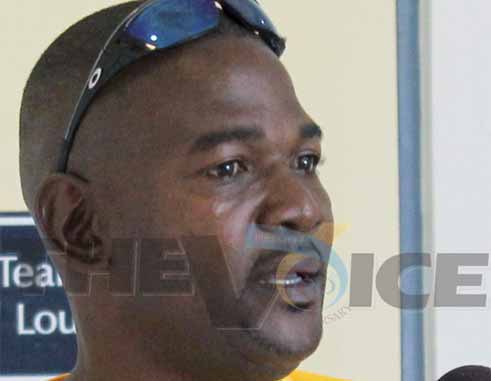 IT’S the battle of the Saints when St.Lucia plays host nation St.Vincent and the Grenadines today at Park Hill as the Windward Islands Senior Men’s Cricket tournament continues.

Bowling for Dominica Shane Shillingford took 4 for 67 and Liam Sebastien picked up 2 for 51.

In replay at the close of play Dominica was 141 for 2 with Jerlani Robinson not out on 81, Kavem Hodge scored 35.

Yesterday was the final day, and there were no updated scores when we went to press word as to which team emerged winner in that opening encounter.

Meanwhile, head coach for the St.Lucia team Alton Crafton spoke to the media before the team departed for St. Vincent on Wednesday, and said he expecred the lads to do well.

He said: “I have a certain element of excitement this year and I will tell you why. We had a session with a mind coach Ben Chitolie, and it is something I have been requesting for a number of years. I think that is our major weakness, the mental aspect of the game. It will not solve / cure the problems completely, but it will give us a certain direction to work with”.

Crafton: Cited the batting, as the team’s strength, with at least five top batsmen in the squad, “on their day if they can come up with the runs I think that should be enough for our bowlers to work with”, he said.