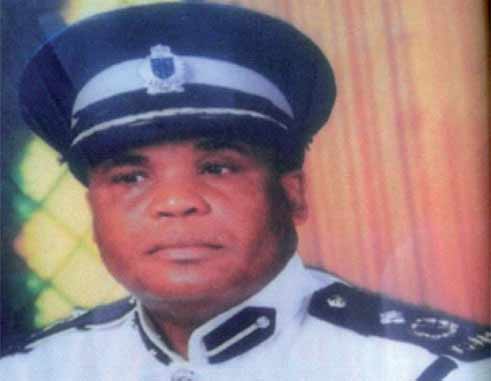 FOR the past ten years, the Brian Bernard Memorial Lecture has been hosted by the National Community Foundation (NCF). However, the lecture, which was inspired by the late Commissioner of Police, Brian Bernard, will not be hosted this year.

Monrose cited an article first published in Police Week Magazine in 2002 written by Bernard entitled “The Question of Ethics”. She believes that with police officers having the microscope placed over them in sharper focus of late, Bernard’s message of ethics rings true.

The following is part of the text of the late Police Commissioner’s message that appeared in the 2002 Police Week Magazine:

“As police officers, our ethical conduct will always be under scrutiny, more so than other public officers. Therefore, we must live our lives like Caesar’s wife. We must be above reproach. The Holy Bible, one of the oldest books written, also makes reference to ethical conduct,” Bernard wrote.

Bernard was born on August 12, 1948 and enlisted in the Royal Saint Lucia Police Force on August 16, 1968. He served in many capacities before being appointed Commissioner of Police on March 1, 2001.

Bernard retired as Police Commissioner on August 12, 2003 after serving the Force with distinction for over three decades. His career in the RSPLF was described as being one of dedication, commitment, loyalty and respect for authority. He died in September, 2003.

The Brian Bernard Memorial Fund was established in his honour on August 12, 2004 for his contribution to humanity. The fund is administered by the NCF and focuses on enforcing and/or enhancing ethical behaviour and human and Christian values.

Among the fund’s objectives are strengthening ethics within communities by inspiring people and institutions to act ethically towards each other. This is done through education, advocacy and research.

“Cost constraints have proved it difficult for us to host this year’s lecture,” Monrose told The VOICE yesterday. “It costs about $3,000 to host the lecture and the fund has not been receiving as much support as it did in the past.”

Monrose said the lectures, held on Bernard’s birthday each year, should resume by next year so as to ensure that the much-looked-forward-to event remains alive.

In the penultimate paragraph of Bernard’s 2002 article, the late Police Commissioner urged police officers to champion the cause of integrity and professionalism. He was speaking directly to young police officers.

Wrote Bernard: “The challenges facing any young officer are great. The temptations are all around. There is an increase in unethical conduct, for example, white-collar crime, drugs, fraud, corruption, vengeance, greed and basic immoral conduct in business. One has to balance between the society he grew in, the indications of the collapsed moral standards and the training he was exposed to.”