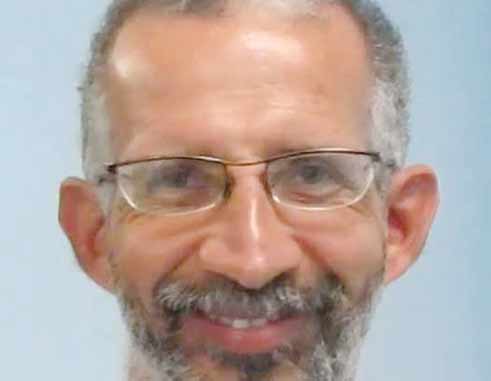 ONCE a jurisdiction incorporates science into the investigative and court processes it becomes an entirely different ball game for which it must be well prepared. International and well developed countries, understandably so from long ago, laid rules and guidelines governing the principles of the admissibility of scientific evidence in their courts, notably the Frye and Daubert standards in the USA. In the early days too some British judges made their own decisions and independently ruled on aspects of certain scientific evidence in their courts. Many of those international guidelines we can use and have been following in the Caribbean, even as certain regional jurisdictions are still trying to finalize and effect safe legislative passage to some of them. I am still not clear as to where our legislation stands in that regard.

When pathologist Dr. Stephen King performs autopsies it is expected that he conducts his work to the best of his ability and utmost of professionalism. That he functions as a player in search of medical fact and truth underscores his importance, especially in the criminal justice process. He serves to give early direction to a sudden or suspicious death, which is very important in guiding police investigators. Consequently he needs a certain range of modern day resources and within a proper work environment, as the full potential of his work will be reduced by any such shortcomings and particularly our unavailability of support forensic laboratory services.

However, Dr. King is more than well positioned to highlight all of the critical inadequacies of the mortuary services as I have heard him on at least one occasion clamour for a significantly improved service, particularly for forensic matters. In that regard the mortuary’s situation has likely not improved significantly from any position it was in over the past 15 or more years, maybe even more. From statements made he is aware of the required scientific and operational demands of his work and the consequent legal challenges for failure to properly perform in a required forensic environment.

In a homicide investigation the body serves three critical purposes. It is the subject matter, it is the source for determining cause of death and it is the site of much vital trace evidence. How then can bodies, subject of a homicide investigation and for post mortem examinations be stored for varying lengths of times at a private funeral home, not officially designated as a venue for such forensic purposes and without the capacity for the required levels of protection and security. Also, who guarantees and or monitors for a contamination-free environment, all important forensic requisites which highlight the urgency of establishing a proper and adequate state facility.

So what are some other facts? Recently the police press officer spoke to critical shortcomings of manpower and resource shortages affecting our police service. The President of the Police Welfare Association also spoke to the aspect of low police morale attributed to the IMPACS report, uncertainty in general maneuverings within and the state of the police force. He however concluded that the police were professionally committed and would still be able to deliver. Certain long-standing and experienced police officers particularly from CID and including our crime chief, have either recently retired or have been shifted around and even if unsubstantiated, there are lingering rumours of an impending release of top officers from the service. Police officers are all human, they do have feelings and in particular subject to high levels of work stress and so I am not at one with the president’s conclusion as for me it is not consistent with their present circumstances.

It is no secret that for a small island our crime rate is high, some say out of control and with no immediate signs of abatement. In particular the rate of unsolved homicides and rapes is unacceptable and of serious concern. Such is the significance I give to criminal acts that I always consider our criminal investigation department as the ‘face’ of our police force. Further I have consistently commented that solving serious and major crimes is not easy and a difficult undertaking necessitating the harnessing of all of our already meagre resources. Further still is the fact that the fast decline of eyewitness evidence has given more prominence to the use of scientific evidence in criminal courts but a fact not appreciated due to our history of a poorly operated and now closed crime laboratory.

So for me there isn’t need for any analysis to conclude that the total effect of those shortcomings and present situation in our police force must be seriously diminishing its investigative capacity and constituting major distractions towards success in criminal investigations and the overall fight against crime. As I already indicated it is alarming the high number of major crimes against person destined for a cold place, even as I fully appreciate the difficulties in solving such crimes.

In a critical area such as crime scene management, success has to be limited when two, or three with luck, crime scene officers are expected to process a major scene without the required complement of technology. Best practices in such management obviously continues to be a major issue from just examining the video footage of our latest hit and run vehicular fatality in Dennery. Again, just this week the Minister responsible for the Police acknowledged setbacks in the ability of police to successfully utilize anti gang legislation passed more than a year ago. Now is the realization that the level of training required was not in place, but the question will be when?. Our force cannot afford any more such distractions and requires a determined effort of rectification and calm. It is our sole professional law enforcement entity.