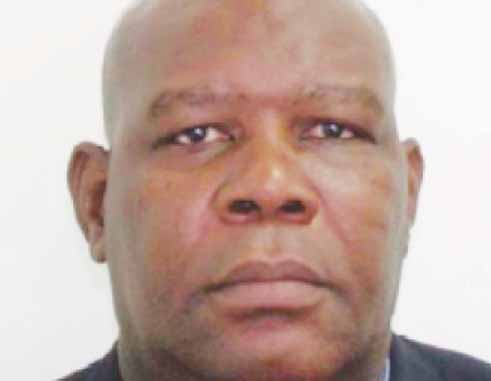 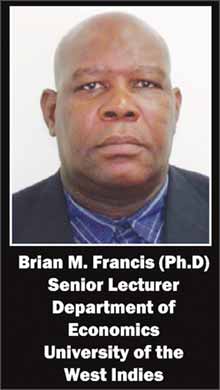 FOR many years, we in the Eastern Caribbean have boasted of a relatively strong and stable financial system as one of the foundations of our financial and economic successes to date. But with the vast changes taking place in business environments regionally and internationally, there is a growing awareness among many leaders in the financial sector that it cannot be business as usual and that changes have to be made in our strategic approach to decision-making.

In an October 17, 2000 speech on “The Role of the Eastern Caribbean Central Bank,” Governor, Sir K Dwight Venner, said:

“The role of central banks has changed from being highly secretive and mysterious institutions to open, transparent, and in some cases, predictable organisations. This has been the result of two trends. Firstly, the almost compelling understanding that independent and accountable central banks are able to deliver low rates of inflation which has now become a significant public good. Secondly, a convergence of theory and practice in which increased access to information, or as we say in economics, the decrease in information asymmetries, leads to better decision-making and positive outcomes. These changing circumstances have led to a number of new paradigms in the philosophy and operation of not only central banks but most institutions in both the public and private sectors. We are now in the era of governance and accountability.”

If, as the Governor concluded, financial institutions are now functioning in an era characterised by governance and accountability as well as lower degree of informational asymmetry, then, we all should expect less regulations of these vital institutions by the ECCB, allowing our financial leaders to create and implement ideas that will not only protect their shareholders’ interests but also earn the blessings of their customers. But for that to happen, those financial institutions operating within the region must be governed by legislation that is consistent with the changing conditions to which the Governor referred.

Why, then, was the new Banking Act rushed through Parliaments in the region in March and April this year? This is an important question because the sweeping changes to the regulation of banks operating under the supervision of the ECCB will have far-reaching implications on the banking sector and, more importantly, the end users: we the people!

Indeed, news reports from Antigua, where bankers went on strike to protest the new Banking Act; and St. Kitts, where the new Opposition Leader’s strong objection to the Act was unaddressed, should have made everyone think twice. Also, some Parliamentarians in St. Lucia and Antigua raised eyebrows on the fact that the new Act was presented within hours of the voting, not allowing anyone to carefully read and analyse the 150-odd page document.

But why was there such strong opposition to aspects of the new Act? The answer to that question rests with some of the main areas in the new act: (i) increase capital requirements for the banks and non-banks financial institutions, (ii) removal of powers from the local governments and centralising all authority within the ECCB, (iii) draconian rules for directors and the ability of every licensed institution to now operate in all the ECCU countries.

Let’s address these 3 areas:
Boosting capital requirements for the banks is overall a welcome concept that is in line with global regulatory changes. It will, however, negatively impact smaller banks that may not be able to meet the new requirements. This caveat is likely to cause consolidation within the financial or banking sector.

Centralising power in the hands of the ECCB is a dangerous notion. Local governments should have a say in who is operating in their Island States. While the ECCB member countries may share some commonalities, there are specific characteristics in each Island. Hence, by extension, Montserrat and Grenada, for instance, will have different needs from the financial system.

To reinforce the point, allow me to relay a recent story. A participant in a recent bankers’ workshop in St. Lucia told me the Governor who was addressing some questions from participants (mostly bank directors) said “I wouldn’t want to be a bank director today.” The draconian requirements are certainly a reflection of this. Don’t we understand that directors are critical in the corporate governance of the banks? Therefore, if we are going to scare everyone off, who would serve as a director?

In this writer’s opinion, the new Banking Act amounts to over-regulation of our banks in a time when we continue to maintain that our financial system is healthy and stable. Over-regulation of the banks will ultimately lead to higher operating costs which, of course, will all be passed on to the end users—the customers. So if we are concerned about the high lending rates, and high transactions costs, imagine what would be the implications of a 20% increase in banks’ service charges!

In the end, one must wonder: what was the ECCB so afraid of that it failed to properly communicate and consult the public on this new Banking Act?