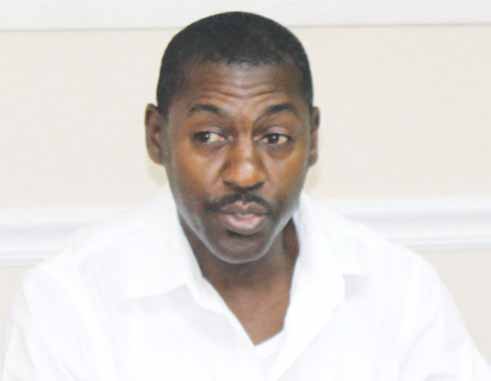 Sponsored | Article continues below
Share this post:
FOR the second straight year team just concluded St. Lucia finished in the cellar position in the Windward Islands School Games held in Dominica. St.Lucia could only muster 15 points with four third places and last in three other sporting disciplines at the championships, which ended last week.

Speaking at the games review on Wednesday morning, Youth and Sports Director Jim Xavier said the Ministry of Youth Development and Sports had sought to prepare the team as adequately as possible given limited resources. One major recommendation which was implemented this year was the hosting of one preparatory camp instead of the usual two.

He said that the rationale was that a longer, more high performance camp with a smaller more focused group, would have been more productive.

Xavier noted that Team St.Lucia was forced to forfeit two basketball games due to wet and slippery conditions on the court. Also the management team identified the age and size difference of Team St.Lucia as a major impediment to their success at the Games. St.Lucia had the youngest and smallest team of all the islands.

He continued: “Despite their challenges, the management team felt that St. Lucia team could have done better than fourth place finish. Some team members could have been more focused and hungry for success. Nonetheless they were described as the best behaved team at the Games”.

As to the way forward for 2016 and beyond Xavier said a number of recommendations are proposed – (1) Strengthening the primary school physical education programme, (2)Earlier commencement of training for the Games, (3) Allocation of more resources for the team preparation, (4) Mental toughness training be included in coaching regimen, (5) Ensure the best coaches are selected to work with the team, (6) Enrol individual teams in national leagues to enhance their fitness and competiveness, (7) Increase the participation of students in sports as school enrollment has been decreasing over the past few years, (8) Increase private sector involvement and sponsorship / partnership in school sports, (9) Increased parental involvement in the sporting life of their children, (10) Strengthening of the club structure at the community level, (11) Media playing a more developmental role rather than merely reporting of sports news, interviews, panel discussions etc,

The Youth Director said, “The Ministry of Youth Development and Sports therefore appeals to all parties to commit to working tirelessly to achieve success for school sports and for sports in general”.