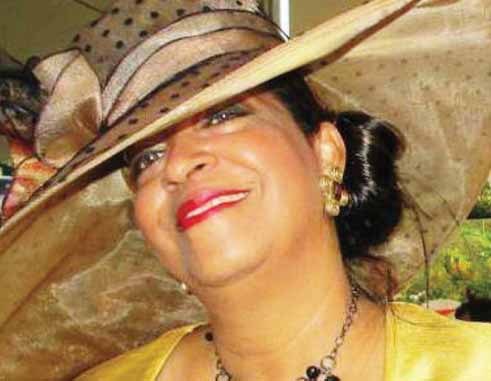 PR Maven Sharon Williams is at it again with one of her lavish events with a positive spin.

Williams is all set to host the second instalment of “Ladies In Hats” (LIH) on September 6 on the grounds of the Governor General’s residence under the patronage of Dame PearletteLouisy.

The “ladies only” event is not just another excuse for the girls to get together for an evening of fun and good food, but is doubled up as fund raiser for the Upton Gardens Girls Centre which aims to rehabilitate and reintegrate into society, troubled and abused girls aged 13-17..

The Centre, located at Water Works Road, is renowned for counselling girls sent in by the courts who are deemed to be delinquent or troubled as well as girls who are being abused sexually, physically etc. and have either come in willingly or brought in by concerned relatives, friends or members of the community.

Williams said the one major issue that she has always had was the fact that the Centre operated somewhat like a school where the girls don’t stay at the facility and are instead sent back home daily to be most probably exposed to the same dangerous environment responsible for their predicaments.

She said, however, in the past few years, efforts have been made to change this after the Centre was granted legal rights to keep some of the girls overnight if needs be, and with the opening of a boarding facility on site at the centre.

This, according to Williams, is where LIH steps in. She said: “Some international agency built them a facility but they don’t have any furnishings, nothing. They need things like sheets, pillows, pillow cases etc. So I thought the money proceeds of our whole LIH should go to that cause because I think when people who can afford to, get together, they should be a bit more conscious of what is happening with the less fortunate.”

Williams said whilst the feedback for the event has been positive, she would really like to see people step up and fulfil their promises because after all, the event is for a good cause. She said: “The response has been tremendous…by mouth. Everybody wants to come and everybody says they’re going to come but…I still have my tickets. So I really need people to come out and get their tickets.”

Tickets for the event cost $200 and Williams could be contacted via Facebook under her name or at Tel. No. 284-8691Williams said whilst the tickets might seem pricey, the important point was that the proceeds go to a great cause.