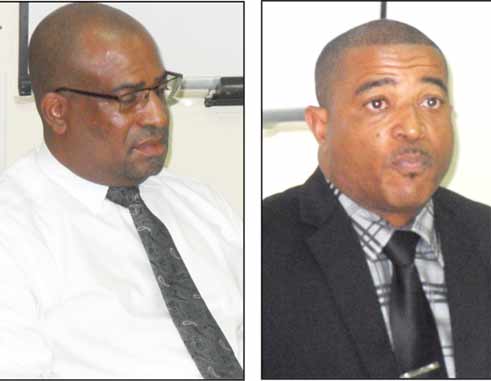 Sponsored
Share this post:
THE closure of the forensic lab at Tapion has affected the ability of the Police Force to move forward with a number of serious crimes including the murder of Oliver “Ollie” Gobat whose burnt remains were found in a scorched SUV at Cap Estate on April 25 of last year.

So said Milton Desir, Assistant Police Commissioner with responsibility for crime at a press conference yesterday called to discuss crime figures for the first half of this year.

“This was the lab we would have sent our samples to be tested. The closure of the lab affected our ability to move forward,” said Desir.

The lab has been closed for the past three months citing a need for auditing, according to a government announcement last May to staff members who were initially told that the closure would be for one week.

Government to date has given no official reason why the facility has remained closed. However, there are believed to be a number of problems associated with the facility including the tampering of samples sent there for testing.

The condition at the forensic lab may have contributed to the length of time it has taken investigators to move forward with the Gobat case but it certainly isn’t stopping them from doggedly pursuing it.

“We have done a lot of work in relation to that (Gobat) matter,” said Andre Collymore, acting Assistant Superintendent of Police responsible for crime.

“We have received a lot of assistance from the UK Government. They continue to assist us in that matter. We are awaiting the results of some analysis and we will get to a conclusion one way or another in this matter,” Collymore added.

The Gobat case has been a complicated one from the beginning for local investigators who had to depend on outside assistance to determine that the burnt-out vehicle belonged to Gobat and that the body inside it was that of Gobat.

“We had a lot of DNA work to do to prove it was Gobat’s vehicle,” Collymore said adding that police could now confirm that the body inside the vehicle was indeed Gobat.

At one time during the investigation, sparks flew between the Gobat family and the Police Force with Police Commissioner Vernon Francois calling on Gobat’s parents, Theo and Helen, to apologize to the entire Force for statements they made to an online newspaper in the UK.

The Gobats did apologize for the comments made in the Daily Mail Online stating that they had confidence in the officers working the case and their ability to solve the case.

The Gobats had even connected drug lords on the island with the murder of their son saying that they were convinced that he was murdered on the orders of “drug barons on the island.”

An offer of $250,000 is still on the table as a reward to anyone having information that leads to the conviction of anyone involved in the murder. The offer was made by the Gobat family.