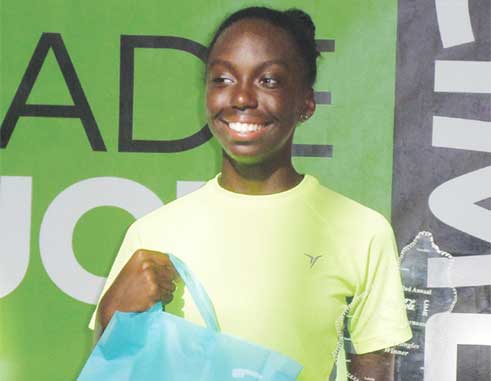 In the Boys Under – 14 Division final it was an all Saint.Lucian derby as Nathan Francis defeated compatriot Nicholas St. John in straight sets 6 – 4, 6 -1.

In the Girls doubles William teamed up with Barbados’ Hannah Chambers to capture the girls 14’s doubles championship winning by default due to rain delays.

The newly crowned ITF Under – 14 champion Nathan Francis teamed up with Grenada’s Christian Warner in the doubles against Saint Lucians Maxx William and Jordan Hunte. In a three setter Maxx and Jordan defeated their opponents 1-6, 7-5, and (10-4) to win the boys 14’s doubles championship.

Meanwhile, William and Hunte together with Joseph and Rianne Sarah Joseph will join their other Caribbean counterparts in Curaçao at the end of August to participate in a development camp.