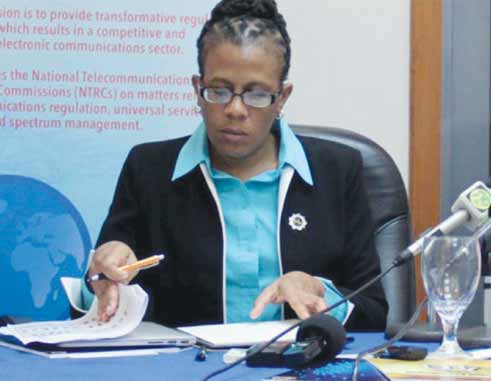 KINGSTOWN, St. Vincent — Grenada and St. Kitts/Nevis are the only ECTEL Member States that have reached international standard for broadband affordability to date.

That’s according to ECTEL’s Director of Finance and Economics Cheryl Hector, who was speaking at the launching of a 2014 Broadband survey that was conducted in ECTEL Member States recently. This result is among a number of highlights of the survey.

Hector notes that from the survey results, TV was the most popular ICT device used within the household and TV services were accessed mostly via digital or analog cable TV. Telephone coverage was relatively widespread among the Member States, as less than 10 per cent of household respondents indicated that they had no access to fixed, or mobile telephone service.

The Broadband Access and Use in the ECTEL Member States was one of two publications formally launched by the multi-state regulator, as activities to mark its 15th anniversary continue. The media launch in Kingstown, St. Vincent also saw the release of the annual Electronic Communications Sector Review.

The main highlights of the Review indicate investment in the sector topping $110 million, fixed broadband penetration up to 17 per cent, the launch of 4G mobile broadband in all ECTEL Member states and local voice call volumes being recorded at 1.1 billion minutes.

Both The Broadband Access and Use in ECTEL Member States and the annual Electronic Communications Sector Review can be accessed on the ECTEL website at www.ectel.int.