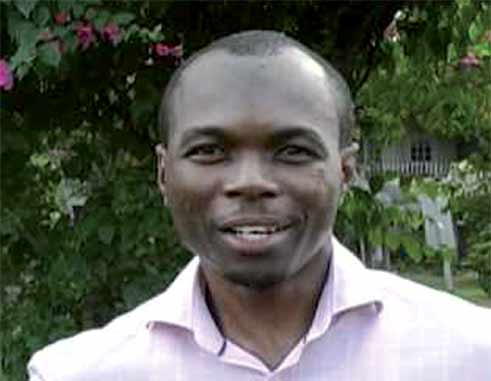 THE EDITOR:
THOSE of us who viewed Dominic Fedee on HOT BUTTON ISSUE this Wednesday can hardly deny that this interview was one of the most professional discussions witnessed. The guests never maligned anyone and kept far away from eroding the character of his opponents. Dominic was on target discussing the issues at stake and his plans for Anse la Raye and Canaries, simultaneously, highlighting the extent to which the country is bleeding.

Mr Fedee has seen very clearly the importance of tourism to St. Lucia based on his elevated position at the leading tourism product on island, but more importantly, his exposure to the various international trade shows through the Sandals chain.

UWP contenders should take a cue from the direction of Mr Fedee as this young man outlined a plan for the way forward. Dr Keith Mondesir should secure a copy of the show and understand what makes an individual successful in the field of politics. Ranting and raving on television and on radio only discredits what is left of his goodwill amongst St. Lucians. Mr Fedee won the Anse la Raye/Canaries nomination fairly and squarely and one simply has to revisit the manner in which Mr Hermangild Francis accepted the results. Mr Hermangild behaved in a gentle manly manner and clearly understood how the people of Anse la Raye/Canaries felt about the situation.

On a parting note, St. Lucians should not be swayed by politicians who promote their anger on television on a weekly basis knowing full well that their limited access to international destinations remain in place while others with criminal records remain embedded in the corridors of international justice departments. Unfortunately, the Lambird’s scandal and the Jack Grynberg issue continue to haunt the nation but with the upcoming general elections and the opportunity of a new administration taking hold of the reins of government, these issues may gradually be laid to rest.