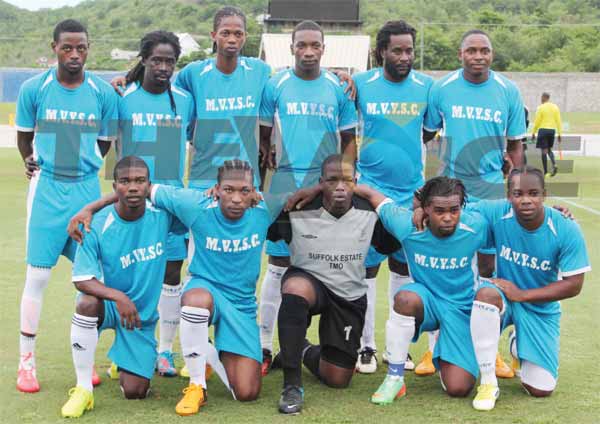 THE Marchand Football Grounds will come alive as early from 4:00 p.m. today with three exciting football matches, but all eyes will be on the final encounter scheduled for 8:00 p.m. as the team who will claim the final spot in the 16 for the Blackheart/St. Lucia Football Association Knockout Football Tournament will be decided

Mon Repos, on the other hand will be in their second consecutive play off final after losing to La Clery in the final last year at the Soufriere Mini Stadium.

Both teams will want victory in this evening’s encounter to book their places among the big 16 teams which will participate in this year’s tournament.

Before the play off final three teams which have lifted the Blackheart Trophy before, and a former national inter district FA Cup champion will be on show as two warm up promotional matches will be played.

From 4:00 p.m. the reigning Blackheart Knockout Champions Canaries will take on the 2013 Blackheart Champions Gros Islet in what is expected to be a much anticipated clash between two of the top Inter district teams on the island. Gros Islet are the reigning Vizions / Michel’s Electrical Super league champions as well.