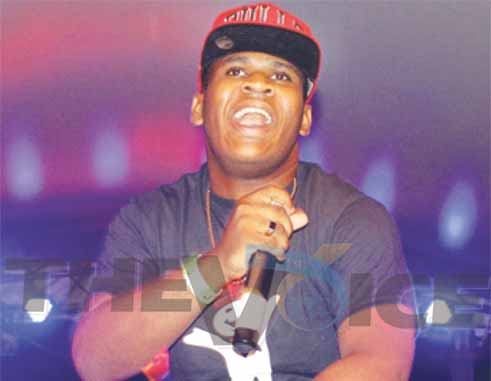 AT 17, Shemmy Johannes is already focusing on making music his career and lifelong passion. The former Sir Ira Simmons Secondary School student knows what he wants and seems determined to put in the hard work to get it. That’s why he’s currently getting immersed deeply in the musical vibes and successes coming his way.

The youngster, known for his catchphrase, “Okay Lay Lay”, and self-described as “Doe Boy”, has been churning out great music for some time now. But this carnival season really gave him the opportunity to shine like a star.

Shemmy J’s earliest musical influence was the dancehall genre. But “after realizing that Saint Lucians don’t really gravitate to dancehall as they do to soca music”, he made the switch to soca music.

He co-wrote J Mouse’s season hit, “Hurt It”, which eventually won the Road March title last year. After that success, Shemmy J considered getting into the songwriting business intensively. He already had another song written — “Like A Star” — in which he declared it was his time to shine. However, he lacked a crucial element to taking his music forward:, a studio. That’s where owner/producer of VibezProductionz, Miguel Joseph, came in.

“Miguel was cool in terms of letting me join VibezProductionz,” Shemmy J said. “He introduced me to the Island Vibezriddim on which I did my first song, “Like A Star”, earlier this year.”

Despite his recent foray into soca music, Shemmy J previously recorded a few dancehall tracks, including “Teenage Love”, “Together” with another production house.

He remembers his first soca performance at this year’s “Soca Switch”, placing fifth in that competition. Since then he has gone on to perform at other local venues, including START’s soca/calypso show held last month at the National Cultural Centre (NCC). He even dazzled the crowd at this year’s Cooler Fete at Samaans Park.

Shemmy J’s songwriting skills continue to make the rounds in a big way. He has co-written CJ’s “SweffJook”, which has qualified for this year’s Party Monarch final. Other songs that bear his pen’s DNA – either mainly or partly — include Sedale’s “D Junction”, Toya’s “Mas We Come To Play”, Sweet Kay’s “D’Vibe”, Superman HD’s “So It Is”, Sir Lancelot’s “Family”.

Given the fact that the young songwriter began penning songs seriously just last year, there’s no telling how bright, prolific – and lucrative – a musical career he will have. But as talented as he is now, he can only observe this year’s Groovy Soca and Party Soca competitions like any other patron. Due to the competition’s rules that entrants must be at least 18 years old to compete, Shemmy J will have to wait until next year as he turns 18 this September.

“It doesn’t really affect me because that was not really part of my plan this year. My plan was just being a writer and getting known so that by next year I can get a few gigs with different writers. Nevertheless, I’m happy that I got to do the ’Soca Switch’,” Shemmy J said.

The aspiring soca artiste said he specializes in writing R&B, dancehall, groovy and party soca songs. However, he’s leaning towards performing on the groovy soca stage. Among his long-term goals is to write songs for international artistes so that his creations can go global. After the Carnival season is over, he hopes to do some work with Saint Lucian R&B sensation, Michael Robinson. For him, music is not a seasonal thing. He seems destined to make music an everyday endeavour.

“I’ve always made a promise to myself that if I ever got the chance to have studio sessions and introduced to recording, I would not do music as a seasonal vibe but right throughout the year,” Shemmy J said.

Shemmy J expresses gratitude to Miguel Joseph for giving him the chance to do what he loves best and for being a “big brother” figure. The teenage songwriter said Joseph also explains to him what pitfalls to expect in the music industry and how to avoid and overcome them. He also sends thanks to Mysterio, Claude Jonas, Francis “Leebo” De Lima, Imran Nerdy, Sedale, CJ, Sweet Kay, Tamara Xavier, his family and fans, his manager Joedina Kim Celestine, and the rest of the VybzProductionz crew.

His advice to young people: “Try to be as professional as ever. You will gain more respect when you do. And never give up. Be like a star.”