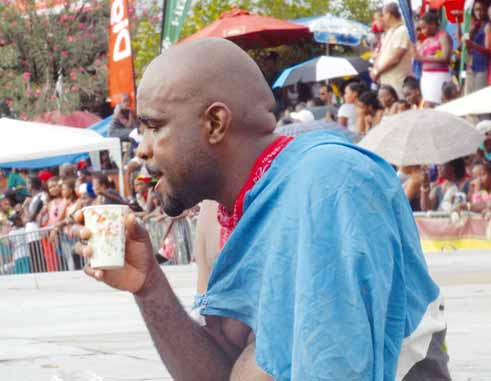 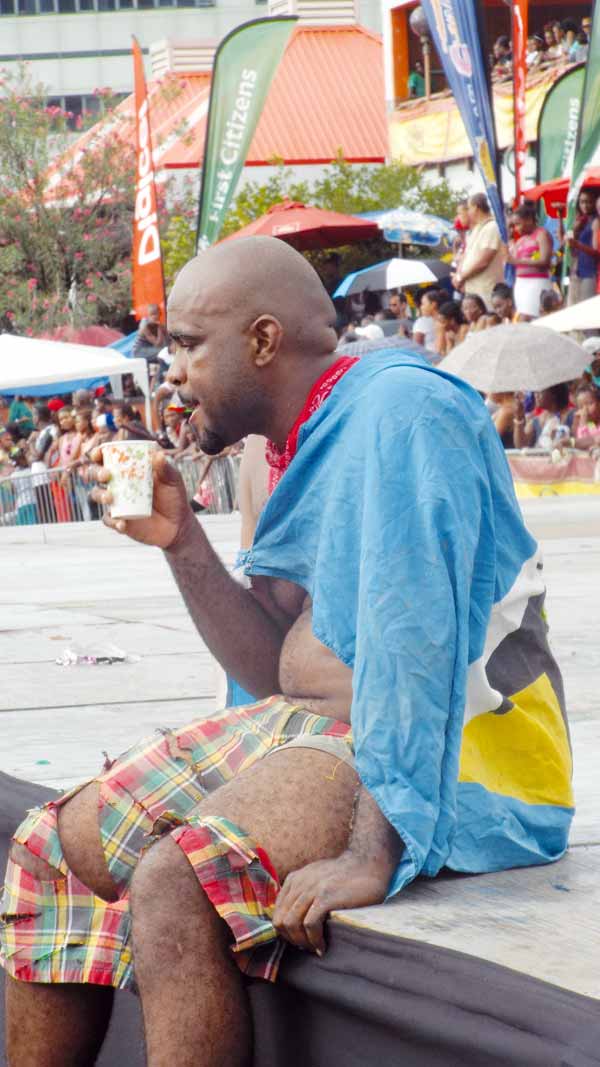 WHILST the public’s perception of this year’s carnival remains 50/50, this reveller proved to be the epitome of the stance taken by the many who believed that this year’s celebration was on the decline.

Donning the St. Lucian flag in a rather disrespectful manner and with dishevelled clothing, this man could barely find his footing and his inability to even stay seated up straight on the judging platform was a clear sign that something, maybe in his drink, had its toll on him.

It is unclear what band he was part of. However, there was no question as to whether points were deducted as a result of his…display.