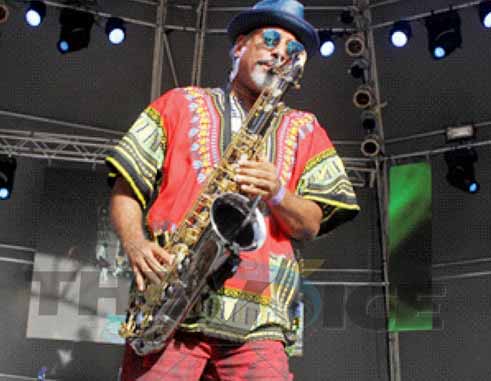 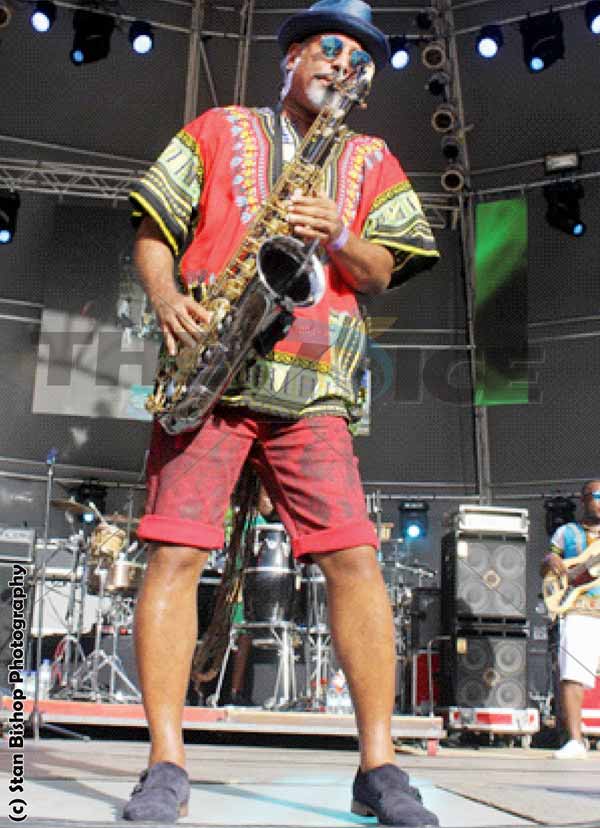 AS preparations continue for the hosting of next year’s Saint Lucia Jazz & Arts Festival, tourism officials are indicating that this year’s festival was a strong note on which to build.

Director of Tourism, Louis Lewis, told the media last week that this year’s 11-day festival was an overall success which came with many pluses. He said the numbers added up quite rightly for the festival that continues to be affected by a leaner budget allocation.

“From the matrix that we’ve established, (this year’s) Saint Lucia Jazz & Arts Festival was a very successful one,” Lewis told reporters at a post-jazz season press conference.

He said about 3,800 visitors came to the island for the event festival this year, a sharp increase over the 2,600 visitors who did so last year. Ticket sales were estimated at $1.6 million, eclipsing last year’s total of $1.4 million.

“We did indeed sell less tickets this year – about 19,000 tickets – compared to the 20,000 we sold last year. What really made that significant difference was the attendance at the opening (of the festival). For the opening in 2014 – despite the rain – I think we had that right formula and people really came out in strong numbers,” Lewis explained.

A number of new features were added to this year’s event geared towards the capacity-building and sustainability of the 24-year-old festival. Such features included educational workshops with students from the St. Lucia School of Music who got first-hand knowledge from some of the visiting musicians, including Joey Defrancesco and Arturo Tappin. A number of dance workshops were also held targeting dance groups across the island.

Lewis said the inclusion of Cuban group, Arte y Moda, in this year’s Hot Couture fashion show was a big hit that served to raise the standard and quality of the show. Now in its third year, Hot Couture has continued to grow incrementally. The event was so popular this year that the event was sold out.

According to Lewis, this year’s Main Stage Friday recorded higher-than-normal audience levels. The audience for Saturday, however, dipped significantly while Sunday’s turnout compensated for the previous day’s drop.

The addition of new venues to the Saint Lucia Jazz & Arts Festival calendar augurs well for the future of the festival, the Director of Tourism said. As the festival — billed as the premier music event of the region — approaches its silver milestone next year, Lewis said this year’s hosting was the right precursor to build on as preparations begin to take shape.

“I think we’ve made some tremendous progress with this year’s event,” Lewis said. “We have already started the planning (for next year) despite the fact that a new entity will be taking over the mantle of hosting the jazz festival. However, because the planning for the festival is a continuous exercise, we are in the transitional mode.”

As of next year, a Festivals Commission is expected to assume the role of being executive producers of the Saint Lucia Jazz & Arts Festival, a role that fell under the ambit of the Saint Lucia Tourist Board for the past 24 years. Minister for Tourism, Lorne Theophilus, said that despite the new entity assuming that role, the SLTB will still play a key role.

“The Tourist Board is going to have a vital role to play to ensure that the 25th is going to be a bumper one. The Festivals Commission will have to learn from the experience that has been gathered over the past 25 years in the production of the festival – in all components of it,” Theophilus said.