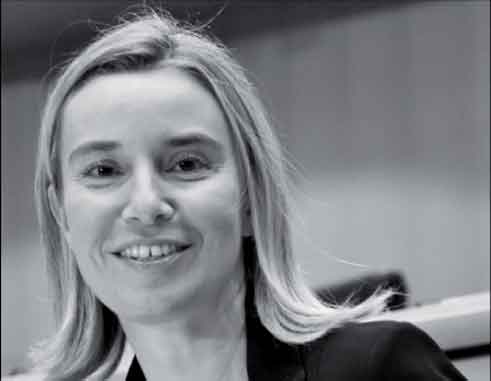 THERE are no regions in the world as reciprocally integrated as Latin America and the Caribbean, and Europe. On 10 and 11 June, the leaders of our two regions will meet in Brussels for the second EU-CELAC Summit, 16 years almost to the day since our first meeting in Rio de Janeiro. This time, the EU-CELAC Summit will bring together 61 states, accounting for more than 1 billion people.

Sixteen years is but an instant in history, but it is still enough time to consolidate what has become one of the most complete and successful partnerships of the European Union. In fact our two regions are natural partners, not by default but by design.

Since that first inaugural meeting back in 1999, we have achieved a lot. We have adopted an Action Plan that now has 8 chapters with concrete objectives in areas of relevance for the two regions. We have established formal bi-regional dialogues ranging from research to migration or the fight against drugs. We have concluded comprehensive agreements with 26 out of 33 CELAC countries, comprising political dialogue, trade and cooperation chapters. We have created an EU-LAC Foundation which embodies the people-to-people dimension of our partnership. We have a solid basis for looking ahead; for our dialogue needs to strengthen the formal and institutional level, as much as it needs to look further.

Too often when Europeans talked of trans-Atlantic ties, we focused on the North Atlantic only. This cannot be the case in today’s world, where global challenges call for truly global answers and a global network of regional partnerships. Europe, Latin America and the Caribbean share a cultural heritage based on centuries of common history. And what is more, we share the same values and world view. We believe in a world order that is based on cooperation, on regionalism, on multilateralism. We believe in the fight against inequalities as a core feature of any political dialogue. Personally, I give top priority to our relationship: in my first months in office I have visited the region three times, and I intend to continue to invest in our partnership also with my personal dedication to it. I took part in the CELAC Summit in Costa Rica last January, the Summit of the Americas in Panama, and I am constantly in touch with most leaders from the region. I travelled in Latin America and the Caribbean and plan to keep doing so in the near future. Let me remind of my trip to Cuba, first of a top official of the EU, to stress my personal commitment to giving new impetus to our bilateral negotiations.

It’s not just politics: our partnership with Latin American and the Caribbean has not just brought our countries closer together; it is also making a real difference in our peoples’ lives. Take the example of José, a Peruvian student who is currently completing his masters studies at the University of Louvain in Belgium; or Céline, a Belgian student on an exchange programme to Lima. For the years to come, the EU will finance through the Erasmus+ programme more than 6,000 mobility actions and provide 3,500 scholarships enabling Latin American university students to study abroad.

Take also the example of many enterprises in Latin American and the Caribbean: thanks to the AL-INVEST programme that supports the internationalisation of Small and Medium Enterprises (SMEs) in Latin America, more than 20,000 direct jobs and more than 60,000 indirect jobs have been created in Bolivia, Colombia, Ecuador and Peru. More than 6,500 SMEs in the Andean Region increased their exports, of which more than 1,000 were first-time exporters. The European Union is also the major foreign direct investor in the entire region, with a stock of 505 billion euros. This generates jobs, increases productivity and adds value. But this is increasingly a two-way flow, demonstrating the maturity of our partnership. For instance, three years ago, a Brazilian aircraft company decided to build its first overseas manufacturing outpost in Portugal, creating 600 jobs in a highly specialized sector. These are just some real life examples of how this partnership has impacted and changed our peoples’ lives for the better.

On other issues the impact of our actions might be less evident in the short run, but they are no less relevant. Climate change, the post-2015 development agenda, the world drugs problem are just three examples of common challenges where we can and need to converge. With around one third of the UN membership, our two regions can push forward a real agenda for change. We need each other, because together we can achieve much more than separately: more equitable and effective multilateralism.

When we see our common values being challenged in different parts of the world, when radicalism and extremism threaten our open, multicultural societies, when the destruction of war still haunts many people around the world, thousands flee their homes and risk their lives to seek a better life, we need to join our efforts to overcome these problems. We want to engage in ever closer synergy with Latin American and Caribbean partners.

Our two regions and the world have changed immensely in these last 16 years. Latin America and the Caribbean have grown, solved internal conflicts, consolidated democratic governance, lifted millions out of poverty and embarked on regional integration. We are proud that our relationship has contributed to and played a role in all these positive changes. We need now to make it fit for the years to come and for the new type of challenges that we both face, by turning it into a partnership for the next generations.

That is why we have put prosperity, cohesion and sustainability at the heart of this year’s Summit agenda. To succeed, we need to reach out and involve all sectors and levels of our societies in our common endeavour to broaden and strengthen the web of relations between us. This is what we are aiming for at the Brussels EU-CELAC Summit, and for the five years to come.